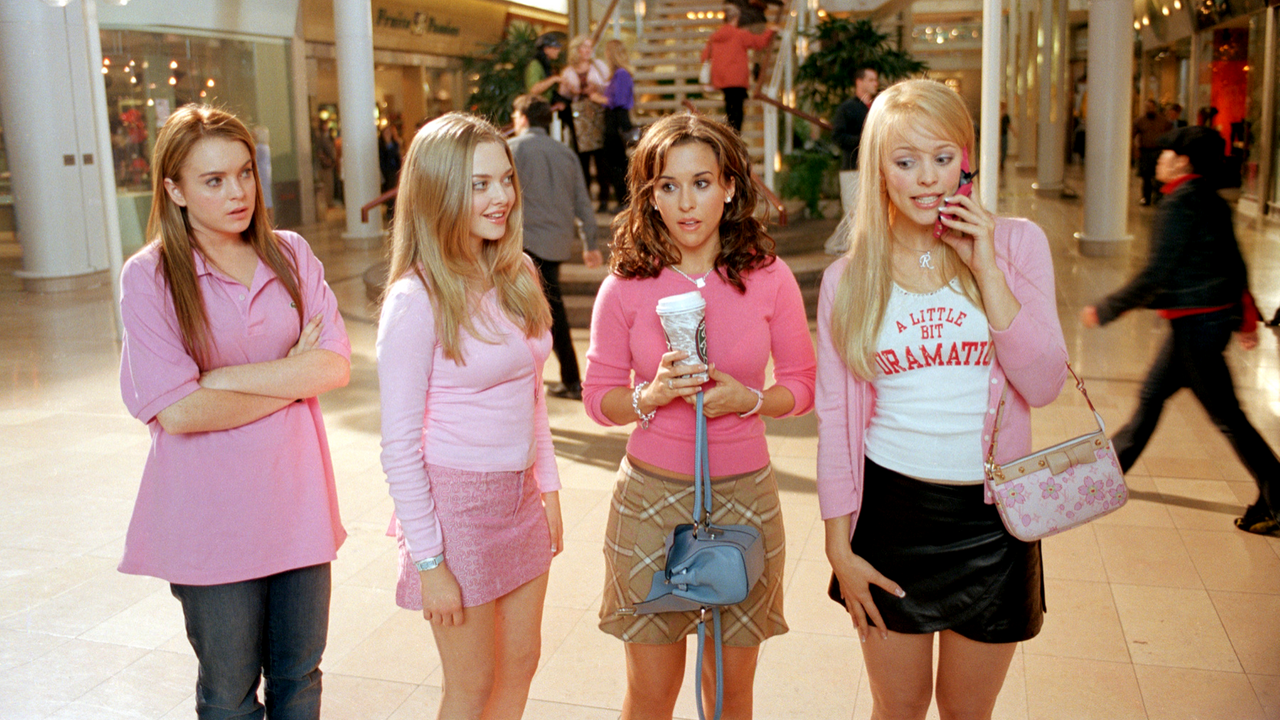 Raised in the African bush country by her zoologist parents, Cady Heron (Lindsay Lohan) thinks she knows about “survival of the fittest.” But the law of the jungle takes on a whole new meaning when the home-schooled 15-year-old enters public high school for the first time and falls prey to the psychological warfare and unwritten social rules that teenage girls face today. Cady becomes instant friends with “out crowd” Damian and Janis.

Then she meets the Plastics, the three most popular, beautiful girls of North Shore High School. Regina is the unofficial leader; Gretchen is Regina’s “full-time follower”, and Karen is “one of the dumbest people you will ever meet.” The Plastics immediately let Cady into their group, but Cady wavers because she wants to keep her “out crowd” friends. Instead, the “out crowd” duo convince Cady to develop her friendship with the Plastics so they can learn The Plastics’ dark secrets. Events turn for the worse when Cady falls for Regina’s ex-boyfriend, Aaron Samuels. Regina finds out and seeks revenge on Cady by taking Aaron back. For Cady, what began as a game to discover secrets turns into a plan to destroy Regina.

Now, Cady, Janis, and Damian plot together to bring down Regina. But can Cady infiltrate The Plastics without becoming one herself? Find out in this hilarious comedy written by Saturday Night Live’s Tina Fey.