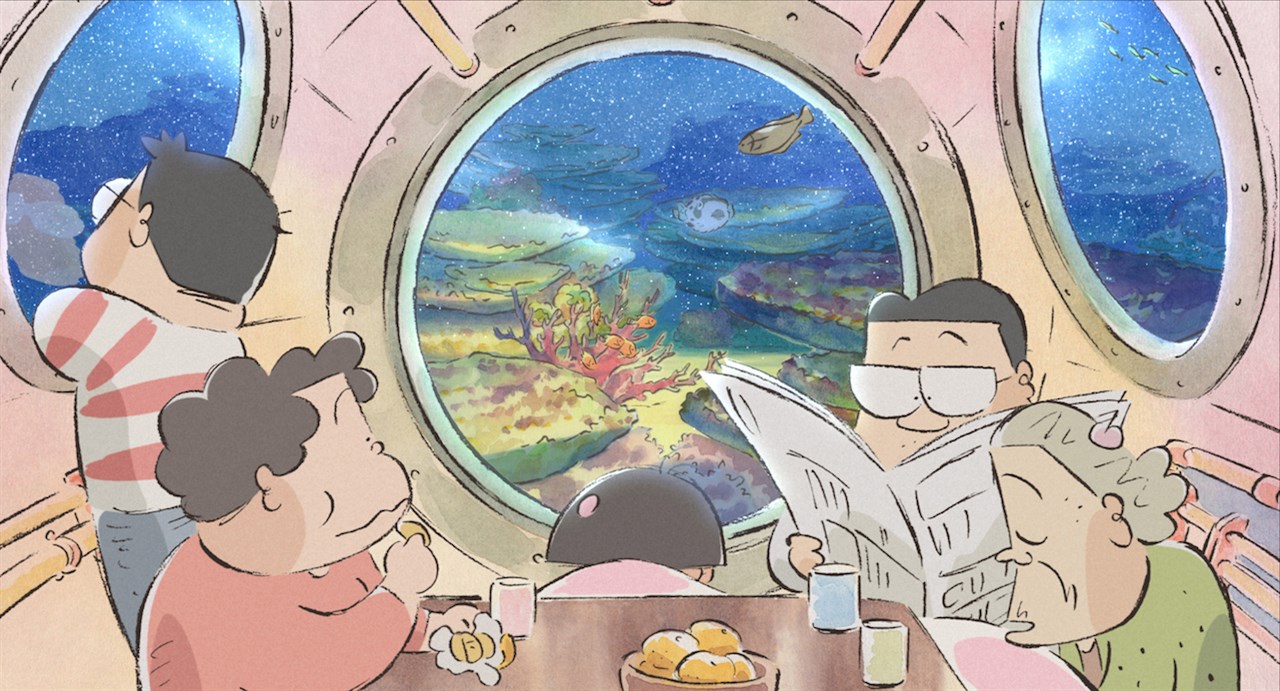 My Neighbors The Yamadas

In a break from the frequently mythical storytelling of Studio Ghibli, director Isao Takahata wryly tweaks the everyday activities of family life with his depiction of the irresponsible, slovenly, and lazy Yamada family and their unassuming way of life. With cartoon-like characters and visual design unlike anything else in the Ghibli canon, the film is illustrated in a series of rough sketches and outlines, which are then filled with soft colors that evoke watercolor painting.

In MY NEIGHBORS THE YAMADS, join in the adventures of the quirky Yamada family — from the hilarious to the touching — brilliantly presented in a unique, visually striking comic strip style. Takashi Yamada and his wacky wife Matsuko, who has no talent for housework, navigate their way through the ups and downs of work, marriage, and family life with a sharp-tongued grandmother who lives with them, a teenage son who wishes he had cooler parents, and a pesky daughter whose loud voice is unusual for someone so small. Even the family dog has issues!

"The art is continuously inventive."