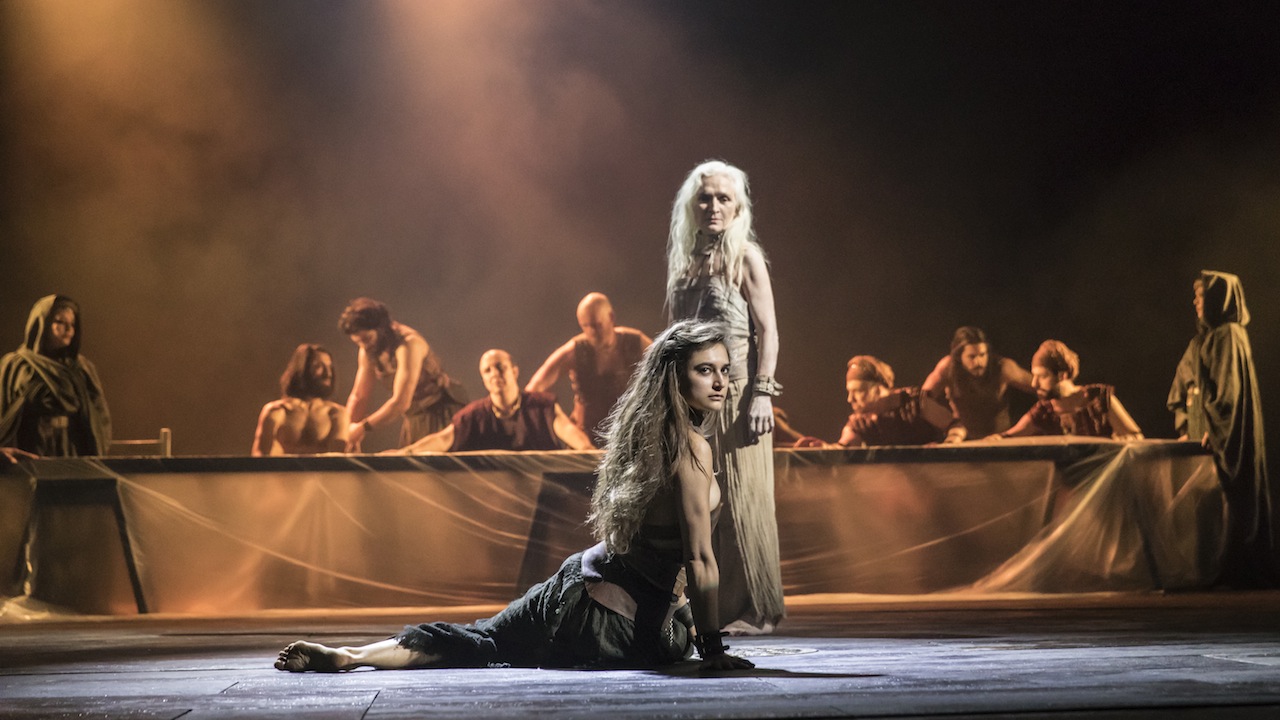 The story has been told before, but never like this.

An occupied desert nation. A radical from the wilderness on hunger strike. A girl whose mysterious dance will change the course of the world. This charged retelling turns the infamous biblical tale on its head, placing the girl we call Salomé at the centre of a revolution. Internationally acclaimed theatre director Yaël Farber (Les Blancs) draws on multiple accounts to create her urgent, hypnotic production on the stage of the National Theatre.