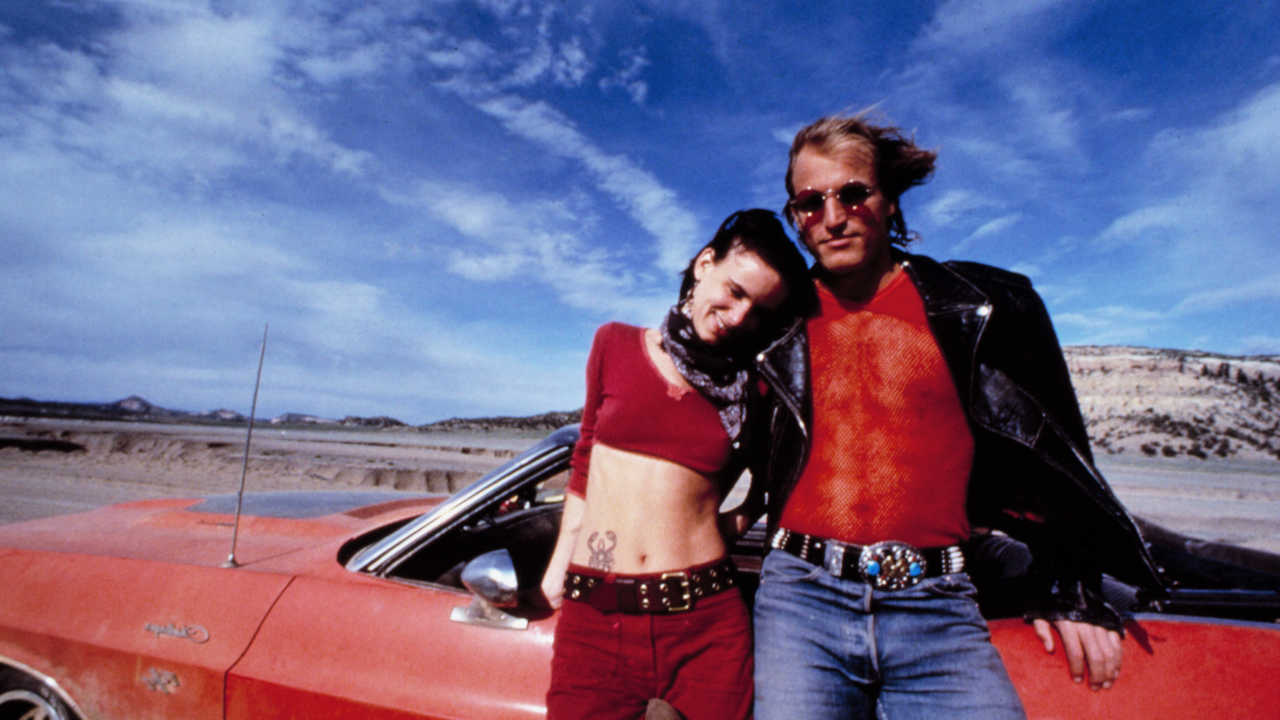 “Stone’s movie is about the latest all-Americans, Mickey and Mallory (Woody Harrelson and Juliette Lewis), two mass murderers who go on a killing spree across America, making sure everybody knows their names, so they get credit for their crimes. (Terrorists always claim “credit” rather than “blame.”) The movie is not simply about their killings, however, but also about the way they electrify the media and exhilarate the public. (One teenager tells the TV cameras, “Mass murder is wrong. But if I were a mass murderer, I’d be Mickey and Mallory!”) The boom in courtroom TV has given us long hours to study the faces of famous accused murderers; we have a better view than the jury. Looking into their faces, I sense a curious slackness, an inattention, as if the trial is a mirage, and their thoughts far away. If they’re guilty, it’s like they’re rehearsing their excuses for the crime. If they’re innocent, maybe those empty expressions mean the courtroom experience is so alien they can’t process it.” – Roger Ebert