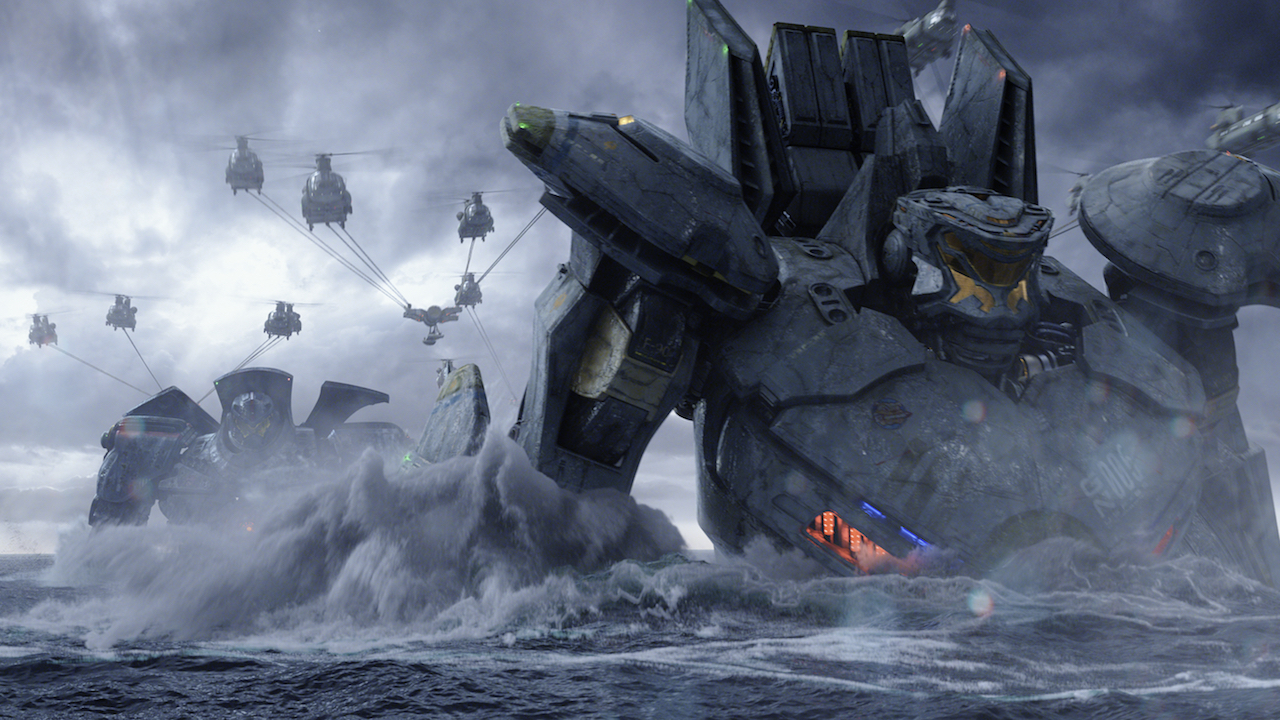 PACIFIC RIM was originally scheduled to screen Fri Mar 27 – Sat Mar 28 in the Winter 2020 season of “Waverly Midnights: Hindsight is 2020s,” but the screenings have been canceled due to the unexpected closure of the theater on March 14, in order to slow the spread of the COVID-19 coronavirus.

Acclaimed filmmaker Guillermo del Toro (Pan’s Labyrinth) brings out the big guns in this sci-fi action epic about a ragtag band of humans that band together in the year 2025 to fight legions of monstrous creatures rising from the sea.

Using massive piloted robots called Jaegers, to combat the alien threat, earth’s survivors (including Charlie Hunnam, Charlie Day, and Rinko Kikuchi) take the fight to the invading alien force lurking in the depths of the Pacific Ocean. Nearly defenseless in the face of the relentless enemy, the forces of mankind have no choice but to turn to two unlikely heroes—a washed up former pilot and an untested trainee—who now stand as earth’s final hope against the mounting apocalypse.

When legions of monstrous creatures, known as Kaiju, started rising from the sea, a war began that would take millions of lives and consume humanity’s resources for years on end.

On the verge of defeat, the forces defending mankind have no choice but to turn to two unlikely heroes—a washed up former pilot (Charlie Hunnam) and an untested trainee (Rinko Kikuchi)—who are teamed to drive a legendary but seemingly obsolete Jaeger from the past. Together, they stand as mankind’s last hope against the mounting apocalypse.