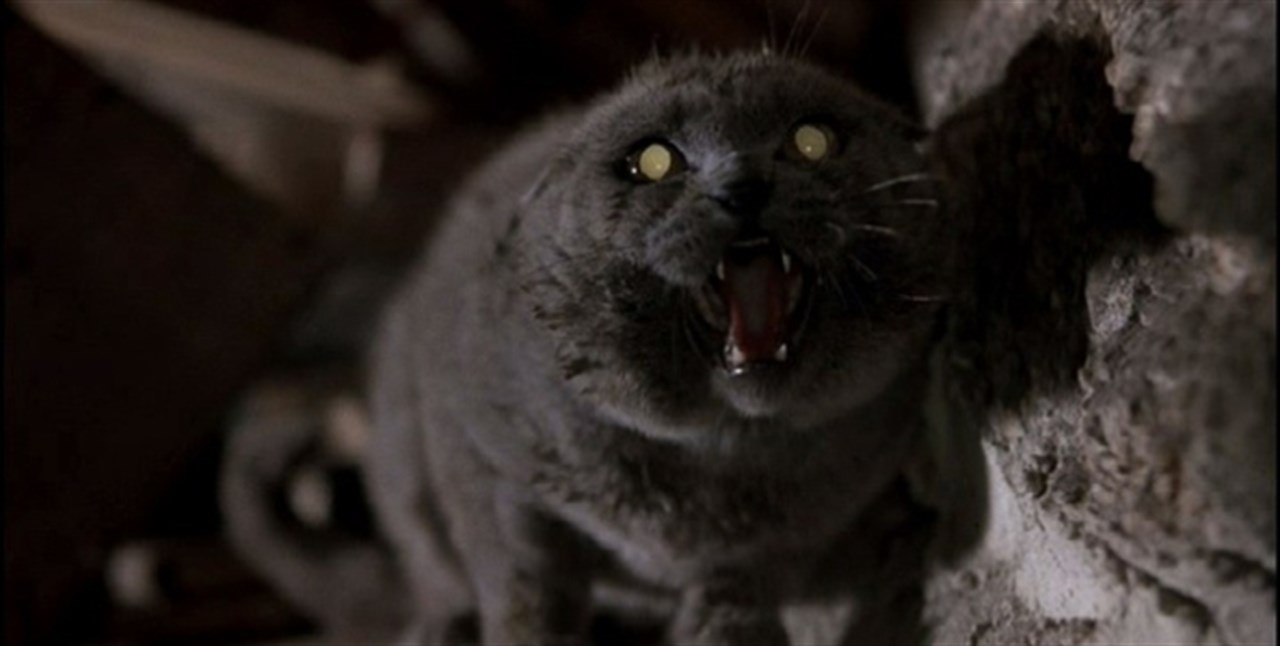 “The film is Americana at its most Gothic, a depiction of a normal family made vulnerable by the eternal yearning to cheat death. It cuts to the deepest human emotions, and there certainly are going to be many people who aren’t going to be willing or able to take it. PET SEMATARY is one of the most numbing mainstream American movies since The Exorcist.

“The Creeds and their new home, a warmly decorated simple Victorian in rural Maine, seem straight off the pages of Better Homes and Gardens. The father, Louis (Dale Midkiff), is a Chicago doctor who has taken a position at the nearby college. He has a devoted wife, Rachel (Denise Crosby), and the requisite two children, Ellie (Blaze Berdahl) and Gage (Miko Hughes), still a toddler.

“Their picture isn’t quite magazine-perfect right from the start. Although the Creeds’ house is nicely situated on a rise with a lovely lake to its back, it’s awfully close to the highway, which gets a great deal of noisy and dangerous truck traffic. The Creeds’ elderly neighbor Jud (Fred Gwynne), who has lived his entire life in a seedy house directly across the way, tells them that the trucks have over the years exacted a terrible toll of animals, especially dogs and cats. Jud shows them a hidden, nearby burial ground, a ramshackle, slightly sinister area with homemade gravestones and crosses bearing a rickety sign reading “Pet Sematary.” But what about that old Indian burial ground that lies beyond the pet cemetery?

“…No question about it, PET SEMATARY (rated R for extreme violence) is a handsomely produced film.

“You could say facetiously the moral of the story is to avoid buying a house too close to the highway. In a very real way that is King’s point, which is that all it takes is a simple misjudgment to unleash the forces of destruction.” – Los Angeles Times (1989)