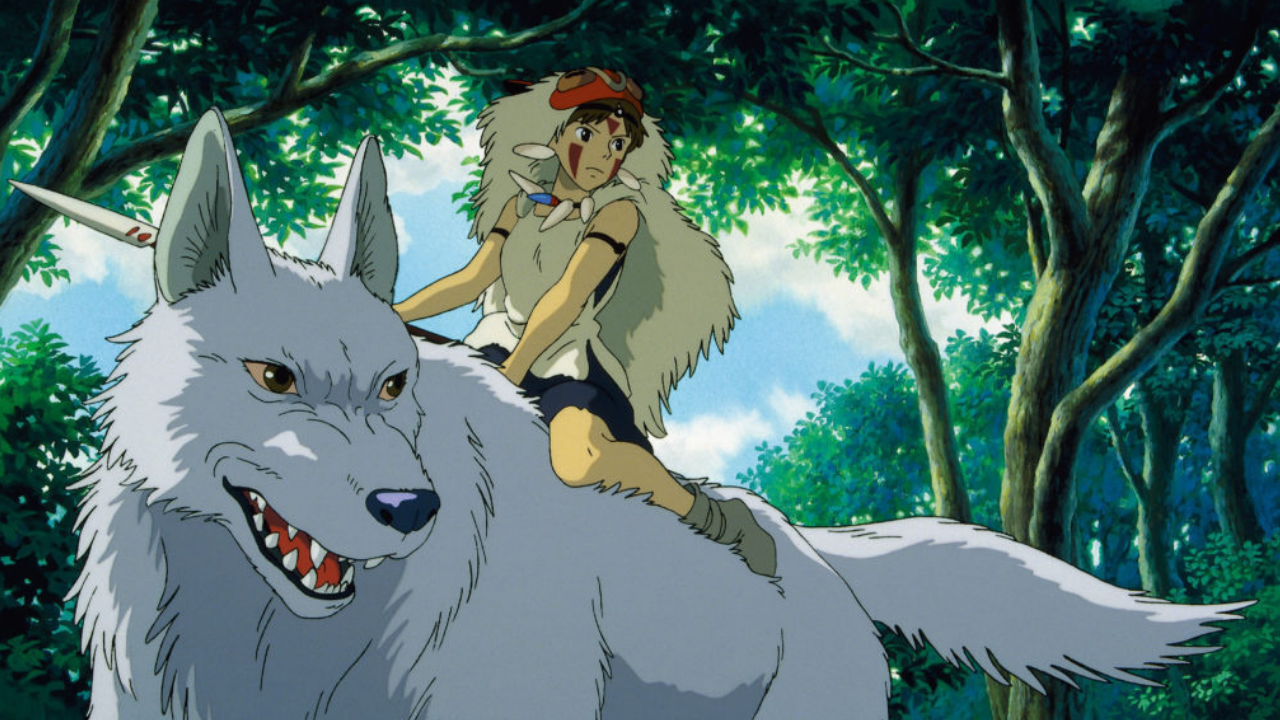 Hayao Miyazaki’s (My Neighbor Totoro, Spirited Away) PRINCESS MONONOKE is a landmark of animation and a film of unsurpassed power and beauty. An epic story of conflict between humans, gods, and nature, the film has been universally acclaimed by critics and broke the box office record on its original release in Japan.

While defending his village from a demonic boar-god, the young warrior Ashitaka becomes afflicted with a curse that grants him super-human power in battle but will eventually take his life. Traveling west to find a cure or meet his destiny, he journeys deep into sacred depths of the Great Forest where he meets San (Princess Mononoke), a girl raised by wolf-gods who is waging battle against the human outpost of Iron Town, on the edge of the forest. Mononoke is a force of nature – with blood smeared lips, riding bareback on a great white wolf, doing battle with both gods and humans, she is as iconic a figure as any from film, literature, or opera.

Please note: The film includes violent battle scenes and frightening fantasy creatures that may be too intense for younger viewers.

For all showtimes 6:50pm and later, the film will be shown in Japanese with English subtitles. Morning and afternoon screenings will be screened in the English language version, featuring the voice talents of Gillian Anderson, Billy Crudup, Claire Danes, Jada Pinkett Smith, and Billy Bob Thornton.”