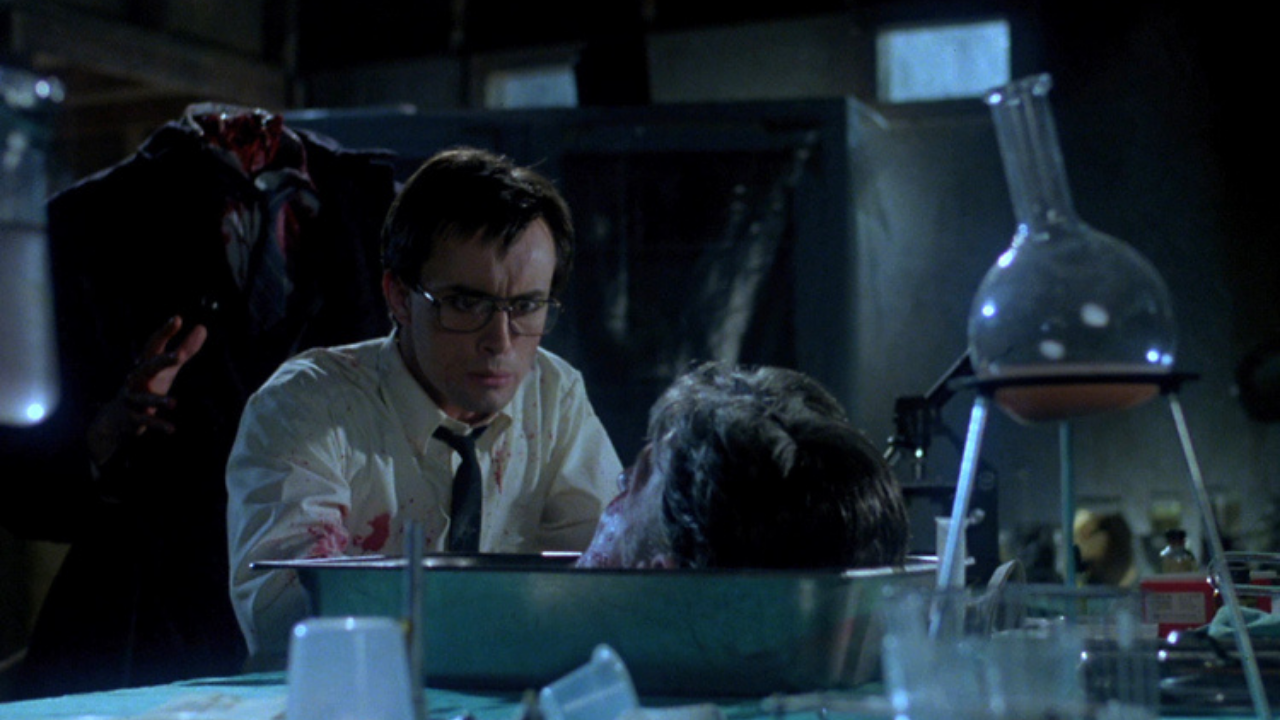 H.P. Lovecraft and Lucio Fulci did not team up to make the most amazing gore-sex grotesquerie of 1985. But thanks to RE-ANIMATOR, they didn’t have to. Feeling like an amalgam of Frankenstein, The Beyond, and Revenge of the Nerds, RE-ANIMATOR is where science meets chaos to produce an hyperactive overdose of gruesome insanity. Herbert West (Jeffrey Combs) is a new student at Miskatonic University. He also moonlights as a mad scientist, intent on perfecting a serum that “re-animates” corpses. Soon, everyone wants a piece of the action, including an evil professor and his army of slime-covered deadites. With berserker direction from Stuart Gordon, career-defining roles from horror icons Barbara Crampton and Jeffrey Combs, and a scene of two adults chasing an undead cat in a basement, RE-ANIMATOR isn’t just a masterpiece of the horror genre — it’s a masterpiece of life.

Previously screened in our series ‘Waverly Midnights: Staff Picks Winter/Spring 2022.’ Staff Pick! Chosen by Asha who says: “Of all of the answers I could provide on why I selected this film and my reasons for enjoying it so much time and time again, the most significant qualifier is this: this film has a cat in it.”