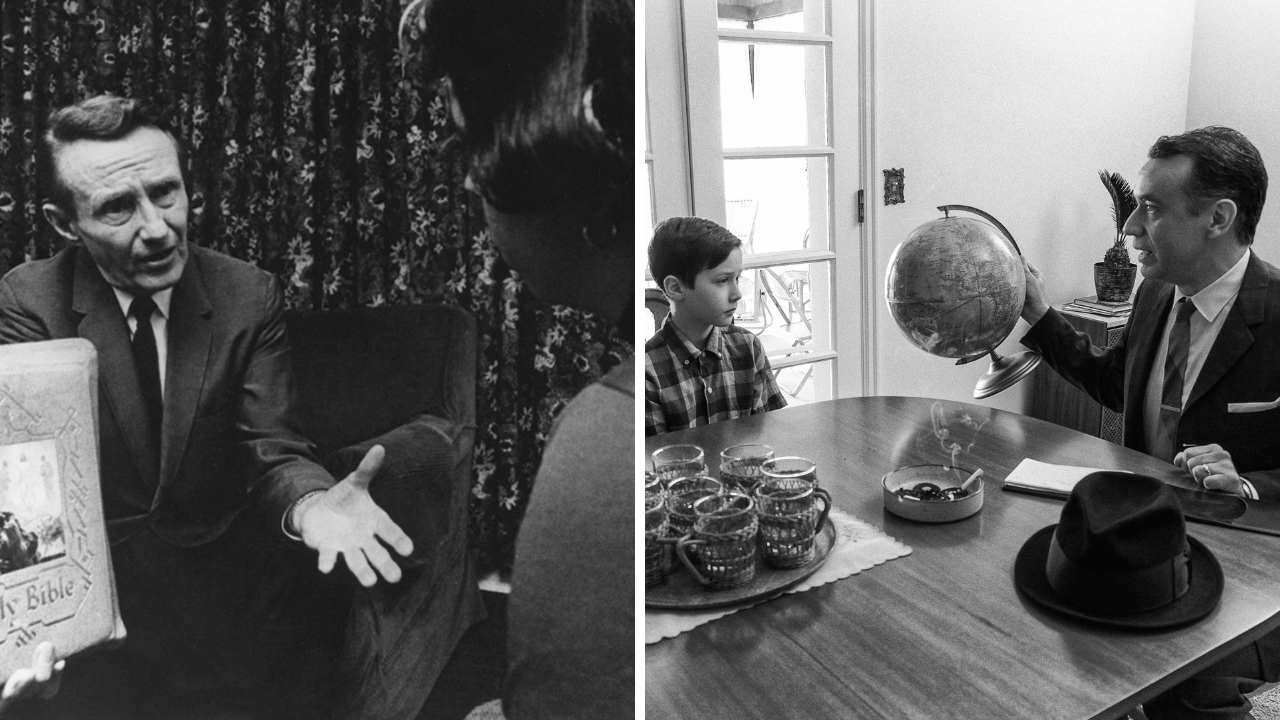 A landmark American documentary, Salesman captures in vivid detail the bygone era of the door-to-door salesman. While laboring to sell a gold-embossed version of the Good Book, Paul Brennan and his colleagues target the beleaguered masses—then face the demands of quotas and the frustrations of life on the road. Following Brennan on his daily rounds, the Maysles discover a real-life Willy Loman, walking the line from hype to despair.

A landmark documentary from the Fein Brothers (Sandy Passage) follows four door-to-door salesmen as they
travel across the country selling globes and battling rejection.