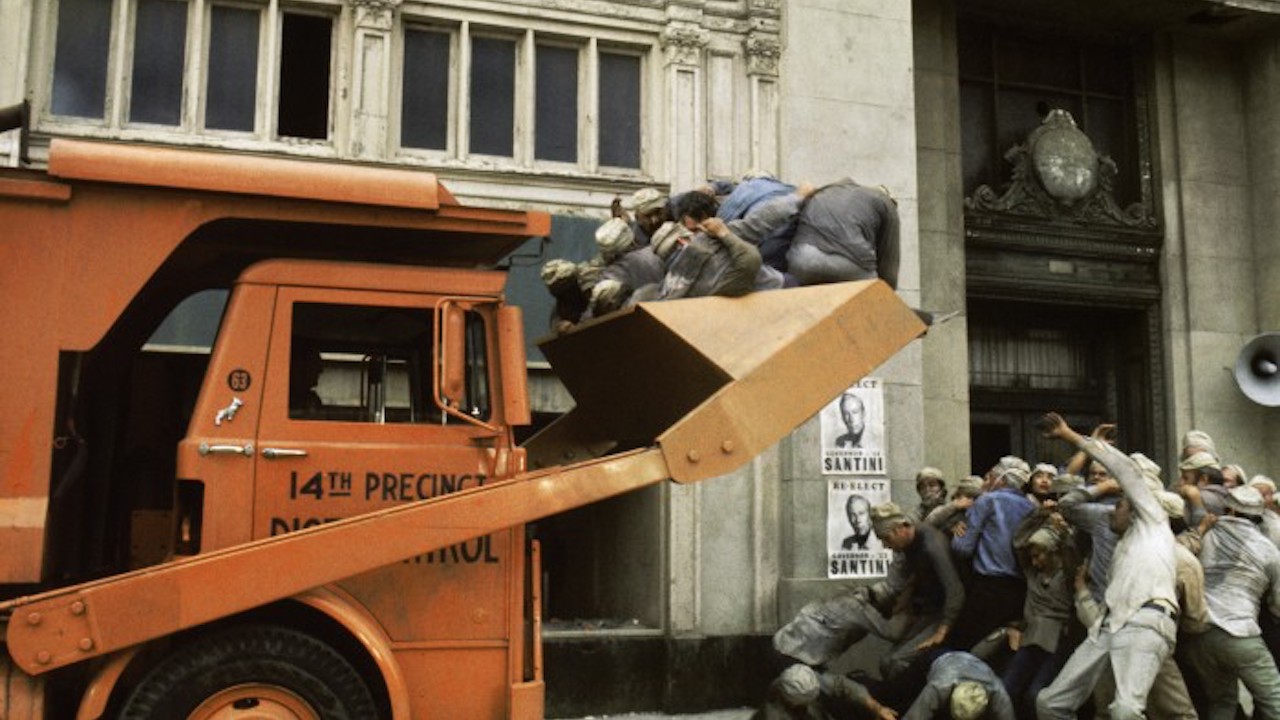 Thorn is sent to investigate the death of a Soylent executive (an underutilized Joseph Cotton), but finds the man’s opulent apartment—replete with rare liquor, giant hand soaps, and fresh meat—more interesting than the corpse in the living room. Thorn takes a special liking to the murdered man’s hotel-provided whore Shirl (Leigh Taylor-Young), and the film’s ludicrous portrait of male-female sexual relationships (Thorn lovingly refers to Shirl as “furniture”) is almost as dated as the chintzy, early-‘70s décor, hairstyles, and technology meant to pass as “futuristic.” As the ensuing investigation uncovers a diabolical plot involving the highest levels of government, Heston’s Thorn acts tough, steals from everyone he meets, and puts up with his elderly roommate Sol’s (Edgar G. Robinson, in his final screen performance) wistful recollections of the past.

Fleischer uses Holocaust-era allegorical allusions to fortify his story’s repeated warnings about the consequences of over-consumption and environmental carelessness, but the film is too mindless and shrill to properly incorporate such historical symbolism into its unfocused narrative. On the other hand, the film strikes a poignant chord with its chilling portrayal of a state-sponsored euthanasia program that utilizes movie-watching as a narcotic designed to help the sick and elderly die peacefully. Whereas Kubrick’s ‘71 sci-fi classic A Clockwork Orange posited the moving image as a potentially dangerous force to be regarded with skepticism, SOYLENT GREEN champions film’s transcendent power not only to replicate the real world, but also to enhance one’s appreciation of life’s boundless wonders.” — Slant