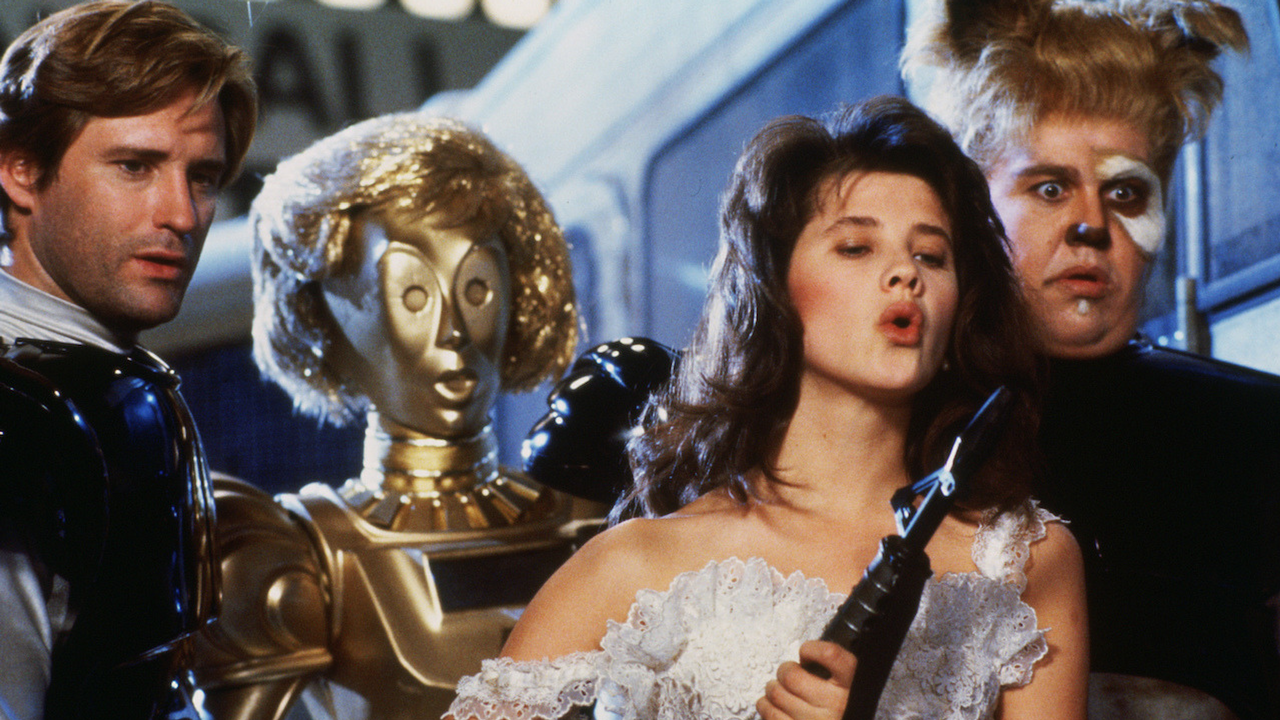 “Brooks’ Star Wars spoof employs the familiar scattergun approach, featuring gags old and new, something borrowed and something blue… The story is a chip off the old Lucas block, with Darth Vader translated into the pipsqueak Dark Helmet (Rick Moranis), The Force into The Schwartz, and Luke Skywalker becomes the slobbish space bum Lone Starr (Bill Pullman), accompanied by his trusty dog Barf (John Candy). The director’s 2000-year-old man turns up, as well as a Druish princess (Zuniga) threatened with the return of her old nose. A flying Winnebago, a giant vacuum cleaner, and controls marked Light Speed and Ludicrous Speed get plenty of play, and there’s a protracted rib-nudge as Brooks lets us in on the mystery of filming before proceeding to advertise Spaceball merchandise.” – Time Out (London)