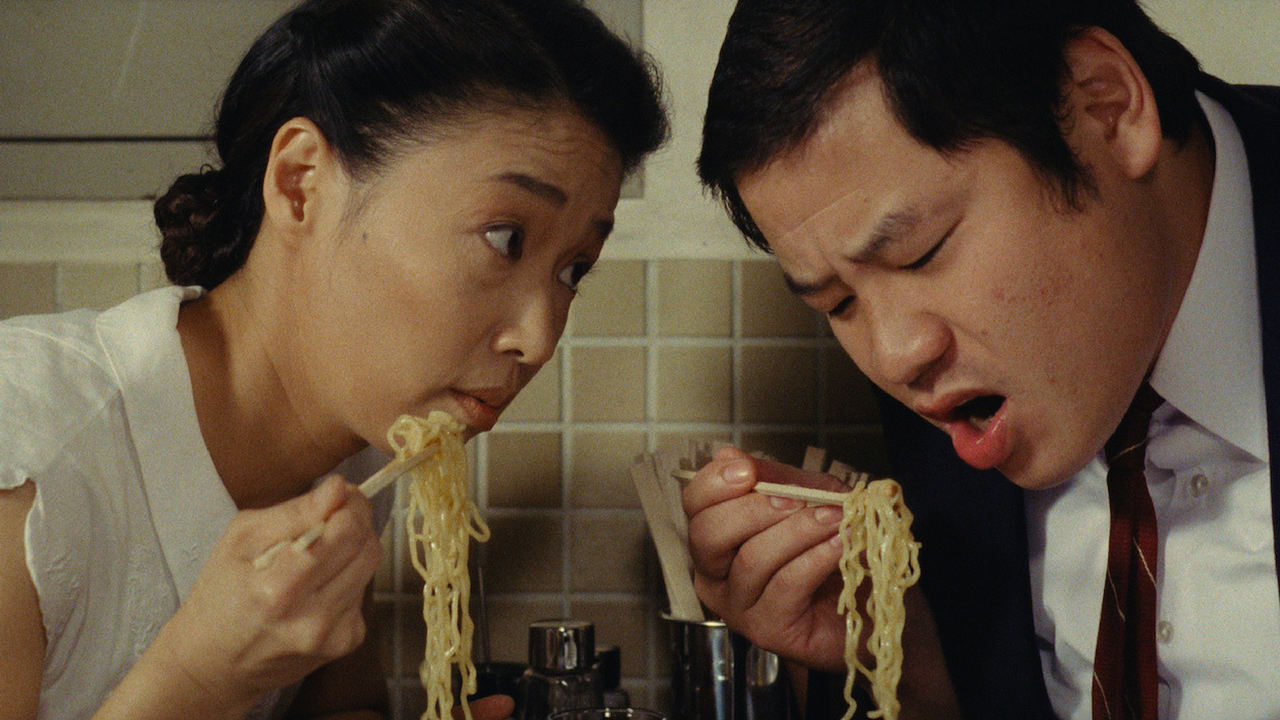 “Tampopo is one of those utterly original movies that seems to exist in no known category. Like the French comedies of Jacques Tati, it’s a bemused meditation on human nature in which one humorous situation flows into another offhandedly, as if life were a series of smiles.

As it opens, the film looks like some sort of Japanese satire of Clint Eastwood’s spaghetti Westerns. The hero is Goro (Tsutomu Yamazaki), a lone rider with a quizzical smile, who rides a semi instead of a horse. Along with some friends, he stages a search for the perfect noodle restaurant but cannot find it. Then he meets Tampopo (Nobuko Miyamoto), a sweet young woman who has her heart in the right place, but not her noodles.” – Roger Ebert (1987)