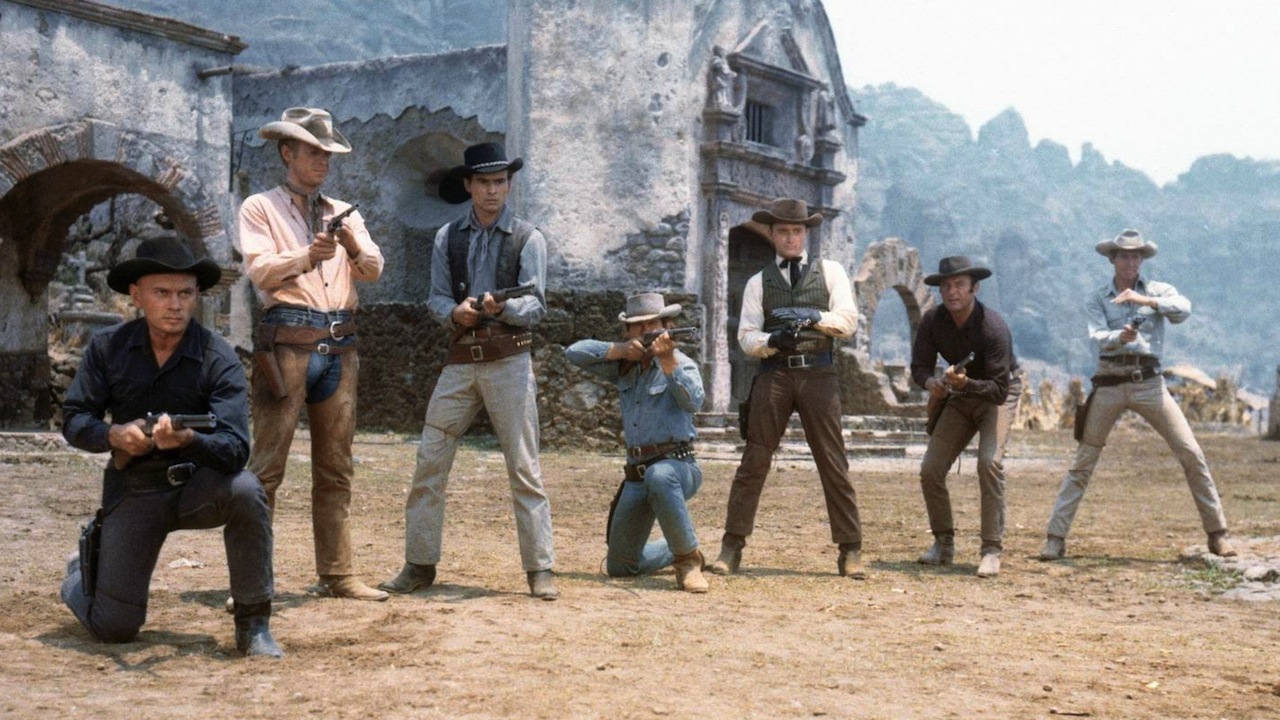 “Sturges’ remake of Kurosawa’s Seven Samurai is always worth a look, mainly for the performances of McQueen, Bronson, Coburn and Vaughn. The theme of the group of professionals coming together to defend a cause or undertake a useless task, mainly as an exercise for their narcissistic talents, was one that would be constantly reworked during the ’60s. Numerous set pieces, like Coburn’s knife fight, Vaughn’s fly-catching and McQueen’s jokes, stay lodged in the mind.” –Time Out (London)