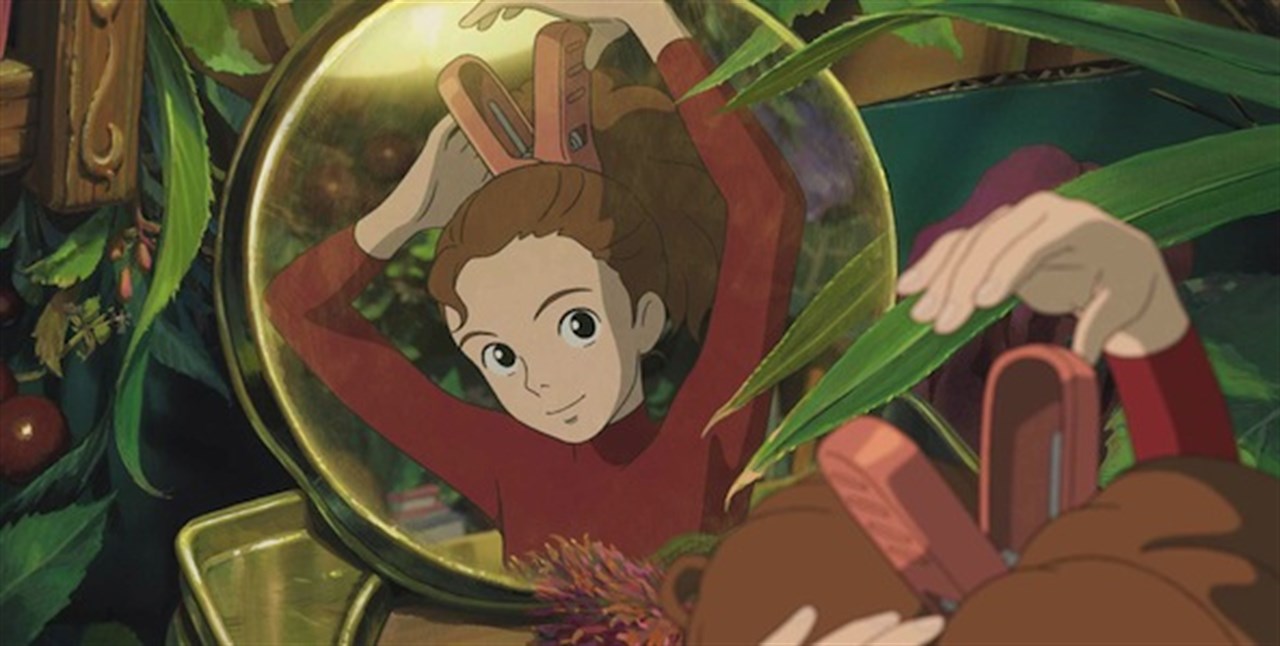 The Secret World of Arrietty

“THE SECRET WORLD OF ARRIETTY, about a teeny-size 14-year-old girl who lives with her family beneath the floorboards of a big house and the human-size boy who befriends her, is adapted from British author Mary Norton’s wonderful children’s fantasy novels, The Borrowers. The lyrical animation, with its meditative attention to nature, bears the unique stamp of Japan’s Studio Ghibli, cofounded by the great Spirited Away animator Hayao Miyazaki. The result is a dreamy, soft-edged hybrid, equally interested in observing raindrops and the worries of a race of minuscule beings.” – Entertainment Weekly