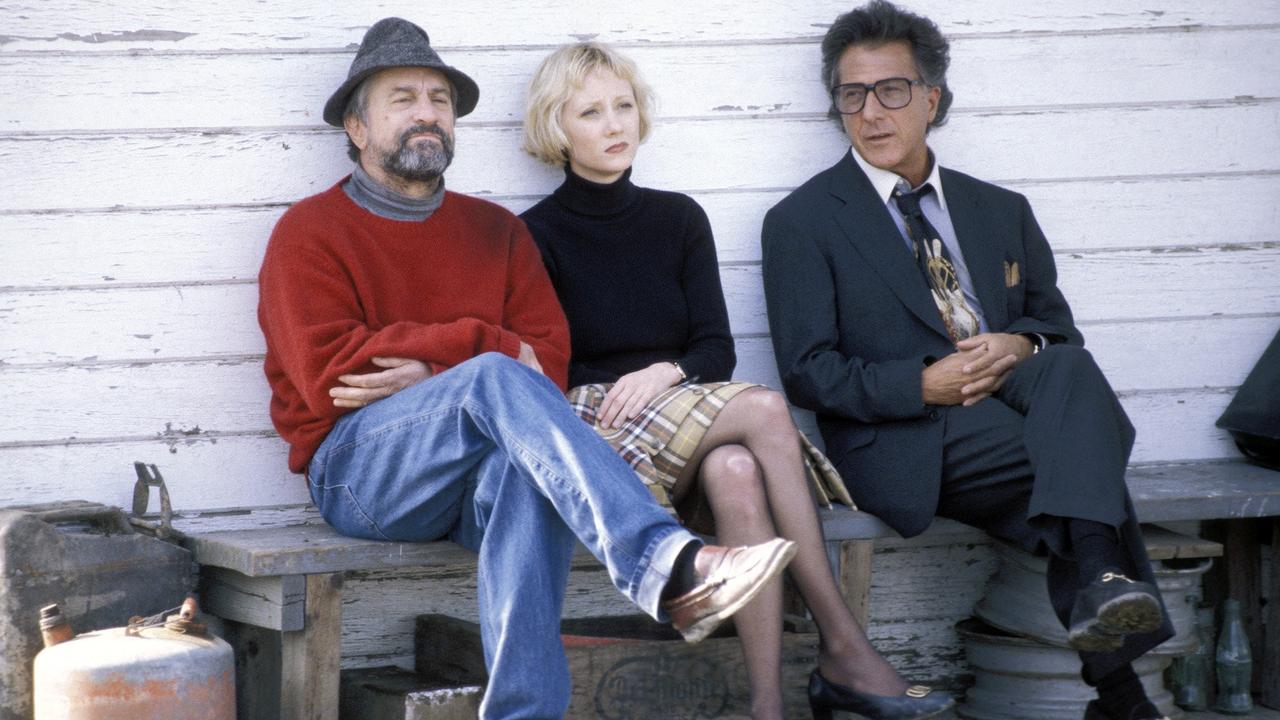 “Probably there are people who believe that President Clinton has actually adopted a chocolate Labrador retriever puppy named Buddy. But these are not people who have had the great fun of watching WAG THE DOG, the poison-tipped political satire that’s as scarily plausible as it is swift, hilarious and impossible to resist.

“Splendidly acted, written with biting acuity by David Mamet and Hilary Henkin (from a book by Larry Beinhart) and directed in discreetly sidesplitting fashion by a very different Barry Levinson from the one who made Sleepers, WAG THE DOG makes it impossible to trust any image-enhancing gesture that attracts national media attention. Particularly any gesture involving a cute pet. This is a movie, after all, in which political consultants film a bag of Tostitos and then digitally turn it into a kitten. It’s no small measure of the film’s sneakiness to say that this is almost the least of its dirty tricks. To say that the priceless Tostito maneuver is staged cynically is to underestimate both the film’s terrifically astute humor and its high spirits, which prevail despite the essential awfulness of what is being seen. WAG THE DOG takes the stance that American public policy may be founded on fraud in high places, and that there is no public outpouring too spontaneous-looking to be manipulated by political puppeteers.

“…Made in the witty screwball spirit of a Preston Sturges comedy, and filmed so fast (in 29 days) that none of its bright spontaneity gets lost, WAG THE DOG essentially amounts to a huge inside joke. It’s possible that viewers indifferent to political and media chicanery will miss some of the barbs here, but those same gags will fill savvier audiences with wicked glee.

“With its comic sensibility solidly grounded at the place (a very tiny one) where political and media scruples meet, the film imagines a President with a problem. Eleven days before an election, a pass made at a young female scout is threatening to make headlines, and the opposition candidate is running commercials to the tune of ‘Thank Heaven for Little Girls.’ What to do? Call in the consultants. Have them start a war.

“Mr. De Niro’s Conrad Brean represents the top-secret Washington type, a man never without his tweed hat and assured, calculating gaze. (‘I’m working on it’ is his informal motto.) Brought into the crisis by the President’s high-powered, motormouthed blond assistant, Winifred Ames ([Anne]. Heche), Conrad begins sending the press hints about a nonexistent B-3 bomber and a potentially bad situation in the Balkans. ‘Why Albania?’ Winifred asks him. ‘Why not?’ replies Conrad. He seems to know all the merry lessons of Catch-22 by heart.

“…Thus the film travels to the palatial California digs of Stanley Motss (Dustin Hoffman), a movie producer who has all the right image-making skills and overweening narcissism for this job. Stanley is the sort who is first seen inside his tanning machine, ordering his manservant to bring him a veggie shake, and who casually appraises the Presidential furniture when he visits the Oval Office. The film knows its Hollywood royalty all too well.

“Mr. Hoffman, offering a best-case caricature of the producer Robert Evans, gives the kind of wonderfully funny performance that is liable to win prizes, especially since its mixture of affection and murderous parody is so precise. Stanley conducts business meetings in tennis clothes or in robe and slippers. He turns peevish when a call from the President interrupts one of his show-biz anecdotes. He treats the world of politics with perfect casualness, especially when offered an ambassadorship in reward for his efforts. ‘Ambassador to what?’ Stanley asks in disbelief. ‘I don’t even like going to Brentwood.’

“WAG THE DOG watches mirthfully as Stanley gets mobilized, brings in his troops (with Willie Nelson to write an anthem, Denis Leary as a fad king seeking to create souvenirs for the Albanian crisis and everyone demanding fiscal fringe benefits). Among the many high points of the campaign are the filming of a bogus Albanian battle scene for the evening news, the recording of a ‘We Are The World’-type inspirational song and the faking of an old folk song (by Mr. Nelson and Pops Staples) to suit an even faker war hero, played in funny gonzo fashion by Woody Harrelson. This guy proves to be something different from what the spin doctors ordered. The best that can be said for him is ‘He’s fine as long as he gets his medication.'” –New York Times