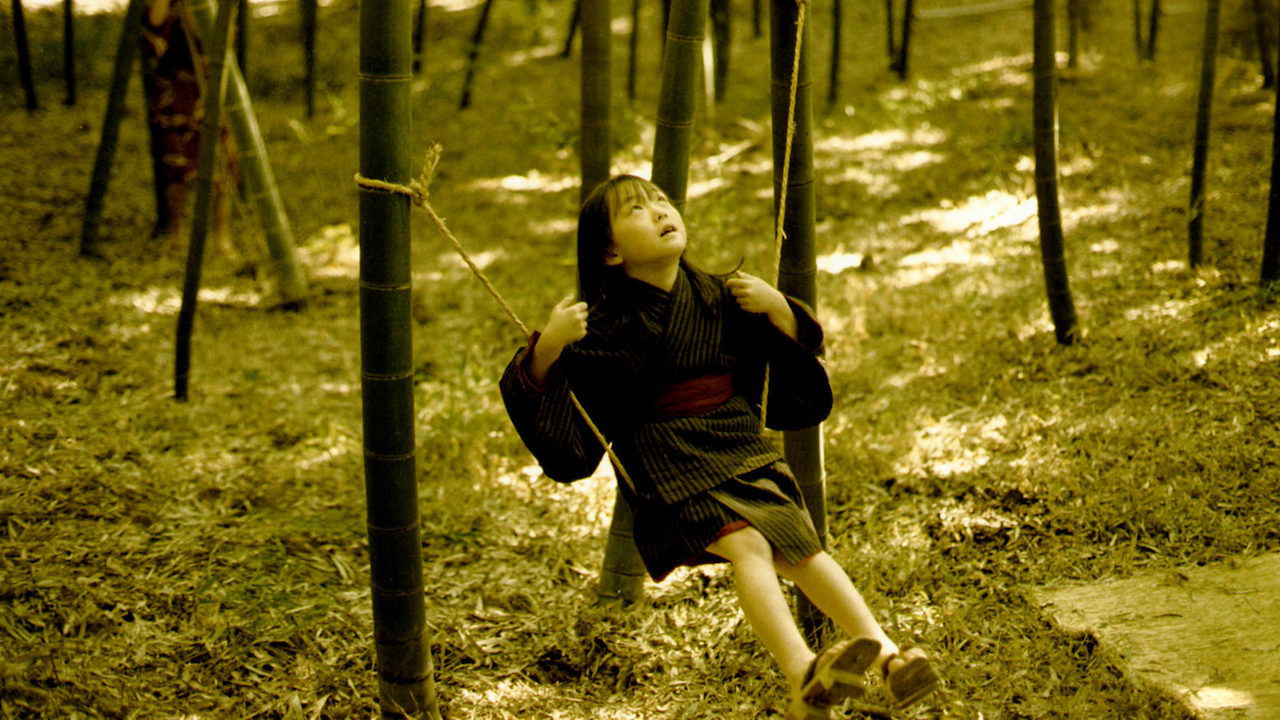 “The people materialize from out of clear white light, as a bell tolls. Where are they? An ordinary building is surrounded by greenery and an indistinct space. They are greeted by staff members who explain, courteously, that they have died, and are now at a way-station before the next stage of their experience.

“They will be here a week. Their assignment is to choose one memory, one only, from their lifetimes: One memory they want to save for eternity.

“Then a film will be made to reenact that memory, and they will move along, taking only that memory with them, forgetting everything else. They will spend eternity within their happiest memory.

“That is the premise of Hirokazu Kore-eda’s AFTER LIFE, a film that reaches out gently to the audience and challenges us: What is the single moment in our own lives we treasure the most? One of the new arrivals says that he has only bad memories. The staff members urge him to think more deeply. Surely spending eternity within a bad memory would be–well, literally, hell. And spending forever within our best memory would be, I suppose, as close as we should dare to come to heaven.

“The film is completely matter-of-fact. No special effects, no celestial choirs, no angelic flim-flam. The staff is hard-working; they have a lot of memories to process in a week, and a lot of production work to do on the individual films. There are pragmatic details to be workedout: Scripts have to be written, sets constructed, special effects improvised. This isn’t all metaphysical work; a member of an earlier group, we learn, choose Disney World, singling out the Splash Mountain ride.

“Kore-eda, with this film and the 1997 masterpiece Maborosi, has earned the right to be considered with Kurosawa, Bergman and other great humanists of the cinema. His films embrace the mystery of life, and encourage us to think about why we are here, and what makes us truly happy.

“At a time when so many movies feed on irony and cynicism, here is a man who hopes we will feel better and wiser when we leave his film.

“The method of the film contributes to the impact. Some of these people, and some of their memories, are real (we are not told which).

“Kore-eda filmed hundreds of interviews with ordinary people in Japan. The faces on the screen are so alive, the characters seem to be recalling events they really lived through, in world of simplicity and wonder.” – Roger Ebert (1999)