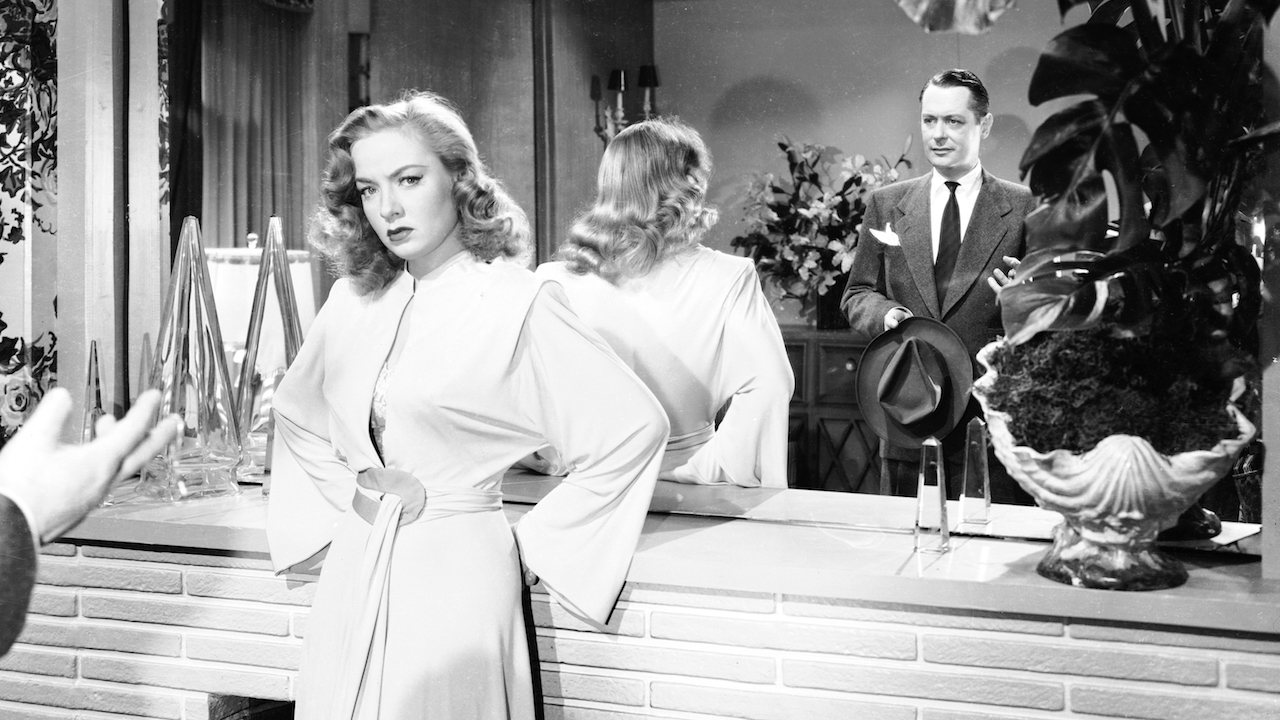 Lady in the Lake

“LADY IN THE LAKE institutes a novel method of telling the story, in which the camera itself is the protagonist, playing the lead role from the subjective viewpoint of star Robert Montgomery. Idea comes off excellently, transferring what otherwise would have been a fair whodunit into socko screen fare.

Camera thus gets bashed by the villains, hits back in turn, smokes cigarettes, makes love and, in one of the most suspenseful sequences, drives a car in a hair-raising race that ends in a crash. Paul C. Vogel does a capital job with the lensing throughout, moving the camera to simulate the action of Montgomery’s eyes as he walks up a flight of stairs, etc. Because it would be impossible under the circumstances to cut from Montgomery to another actor to whom he’s talking, the rest of the cast was forced to learn much longer takes than usual.

Steve Fisher has wrapped up the Chandler novel into a tightly-knit and rapidly-paced screenplay. Montgomery plays private detective Philip Marlowe, who’s dealt into a couple of murders when he tries to sell a story based on his experiences to a horror story mag. Audrey Totter, as the gal responsible for it all, is fine in both her tough-girl lines and as the love interest.” – Variety (1946)