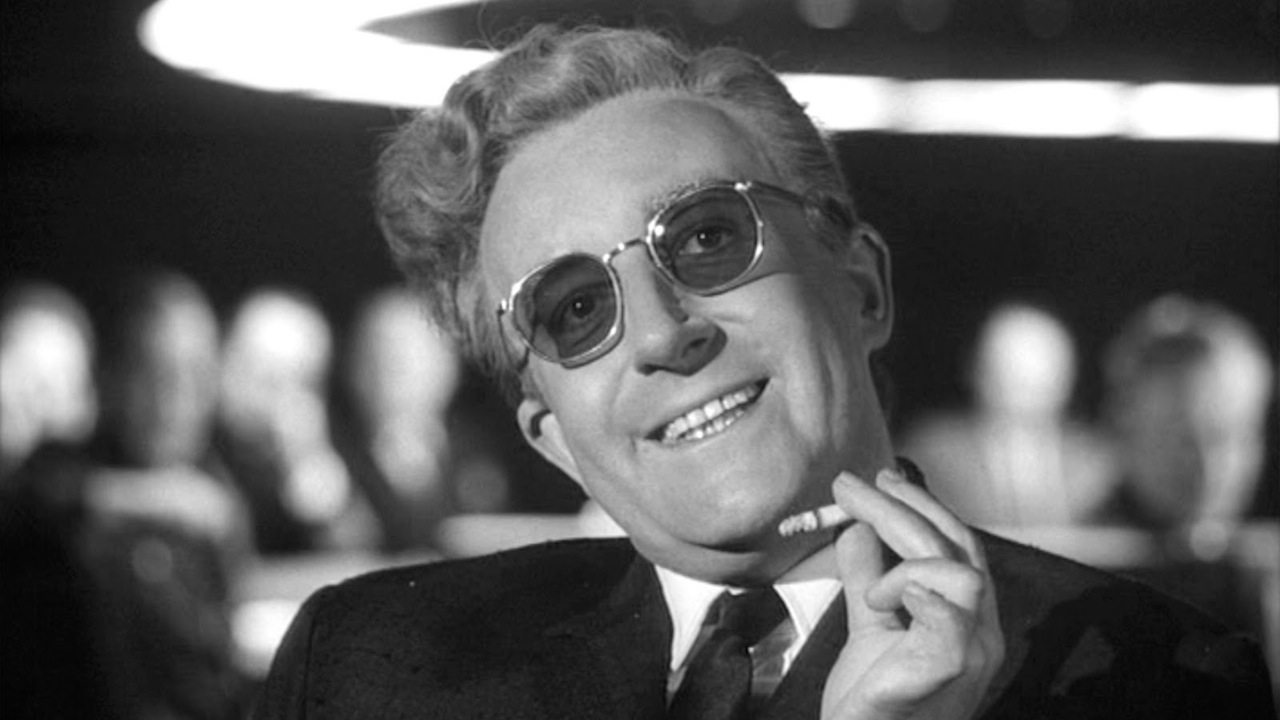 Dr. Strangelove or: How I Learned to Stop Worrying and Love the Bomb

“Perhaps Kubrick’s most perfectly realised film, simply because his cynical vision of the progress of technology and human stupidity is wedded with comedy, in this case Terry Southern’s sparkling script in which the world comes to an end thanks to a mad US general’s paranoia about women and commies. Sellers’ three roles are something of an indulgent showcase, though as the tight-lipped RAF officer and the US president he gives excellent performances. Better, however, are Scott as the gung-ho military man frustrated by political soft-pedalling, and – especially – Hayden as the beleaguered lunatic who presses the button. Kubrick wanted to have the antics end up with a custard-pie finale, but thank heavens he didn’t; the result is scary, hilarious, and nightmarishly beautiful, far more effective in its portrait of insanity and call for disarmament than any number of worthy anti-nuke documentaries.”- Time Out (London)