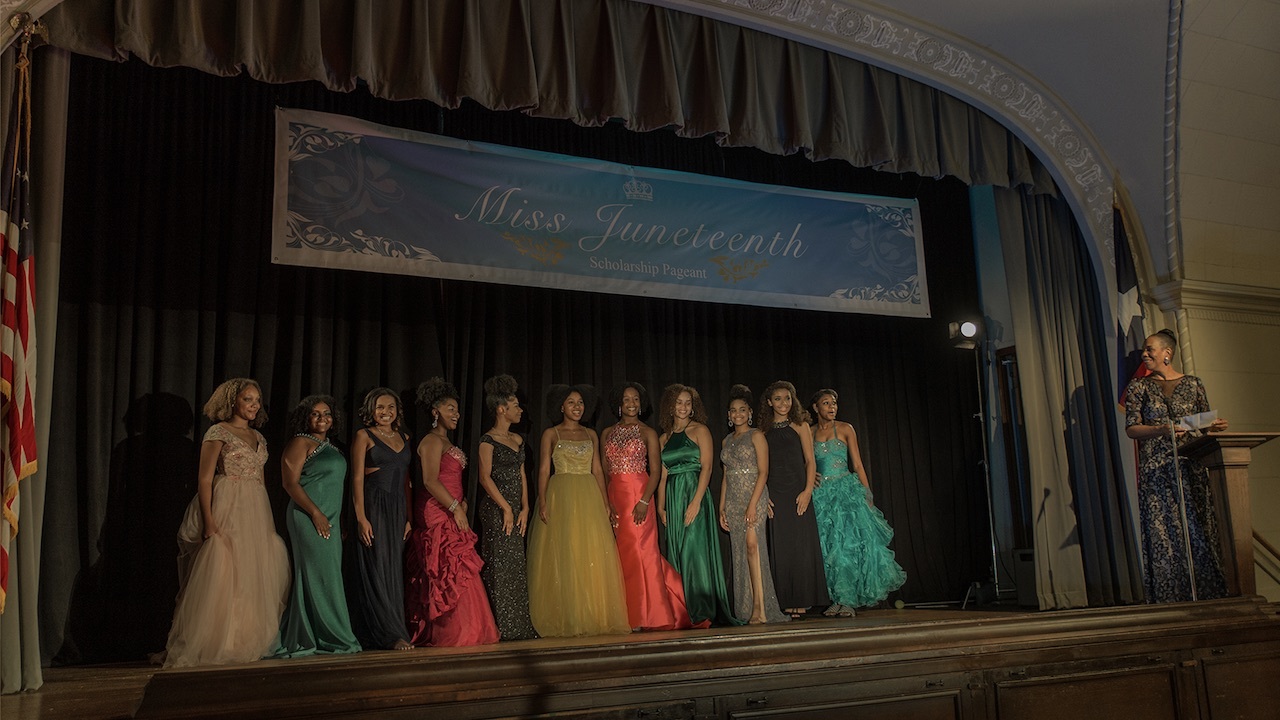 Turquoise  Jones  is  a single  mom  who  holds  down a household, a rebellious  teenager,  and pretty  much everything that goes down at Wayman’s BBQ & Lounge. Turquoise is also a bona fide beauty queen–she was once crowned Miss Juneteenth, a title commemorating the day slaves in Texas were freed–two years after the Emancipation Proclamation. Life didn’t turn out as beautifully as the title promised, but Turquoise, determined to right her wrongs, is cultivating her daughter, Kai, to become Miss Juneteenth, even if Kai wants something else.

All screenings of MISS JUNETEENTH feature an exclusive video introduction from filmmaker Channing Godfrey Peoples, recorded to welcome back audiences to IFC Center for our reopening. Watch a compilation of highlights from all the filmmaker intros we received here.