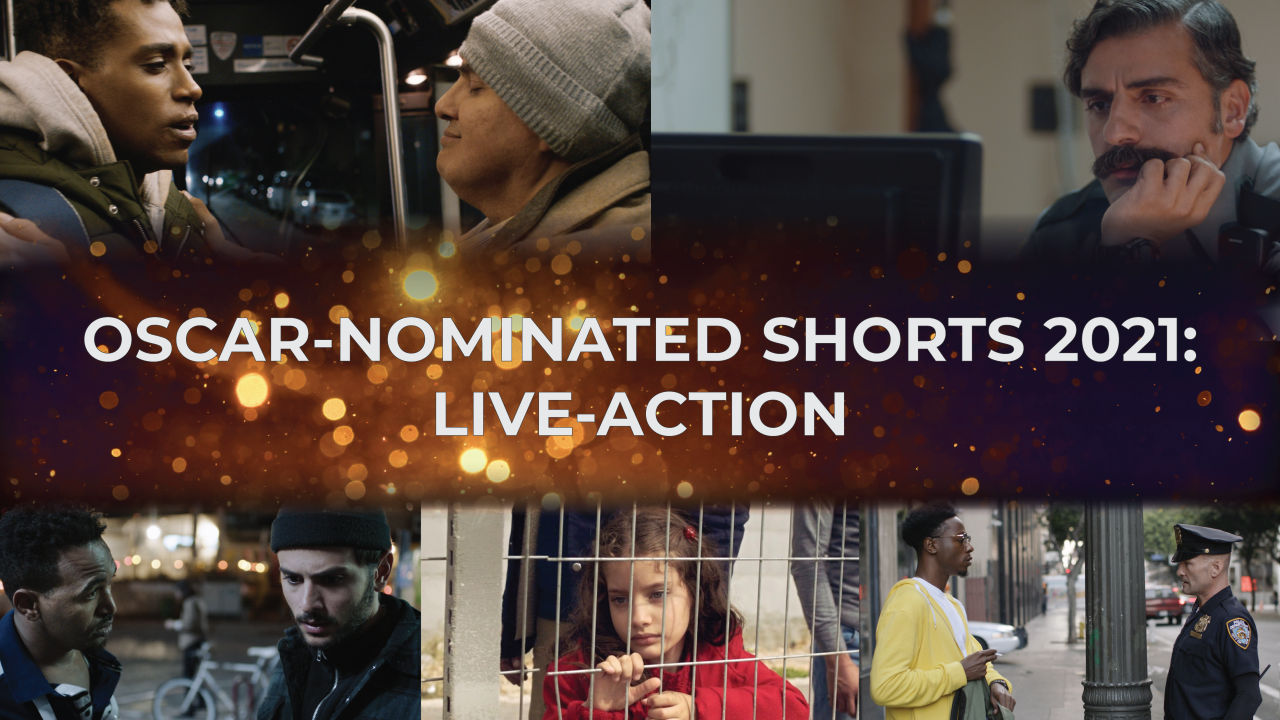 This year for the first time, IFC Center At Home is also offering online screenings of the Live-Action, Animated, and Documentary Shorts Nominees. Individual programs are available for $12 each, or purchase a bundle to watch all three Animated, Live-Action and Documentary Shorts programs online for $30. (The option to purchase the bundle is available through any of the three programs’ ticketing links.) Please note that, due to the special nature of this program, we are not able to offer a member discount on tickets for online screenings; member discounts will be in effect for in-theater tickets.

Each program is available to view for 72 hours after you begin streaming.

The Present – dir. Farah Nabulsi (Palestine, 25 min). On his wedding anniversary, Yusef and his young daughter set out in the West Bank to buy his wife a gift. Between soldiers, segregated roads and checkpoints, how easy would it be to go shopping?

Feeling Through – dir. Doug Roland (USA, 19 min). A late-night encounter on a New York City street leads to a profound connection between a teen-in-need and a DeafBlind man.

Two Distant Strangers– dirs. Travon Free and Martin Desmond Roe (USA, 25 min). Cartoonist Carter James’ repeated attempts to get home to his dog are thwarted by a recurring deadly encounter that forces him to re-live the same awful day over and over again.

White Eye – dir. Tomer Shushan (Israel, 21 min). A man finds his stolen bicycle, which now belongs to a stranger. While attempting to retrieve it, he struggles to remain human.

The Letter Room – dir. Elivira Lind (USA, 33 min). When a corrections officer is transferred to the letter room, he soon finds himself enmeshed in a prisoner’s deeply private life.