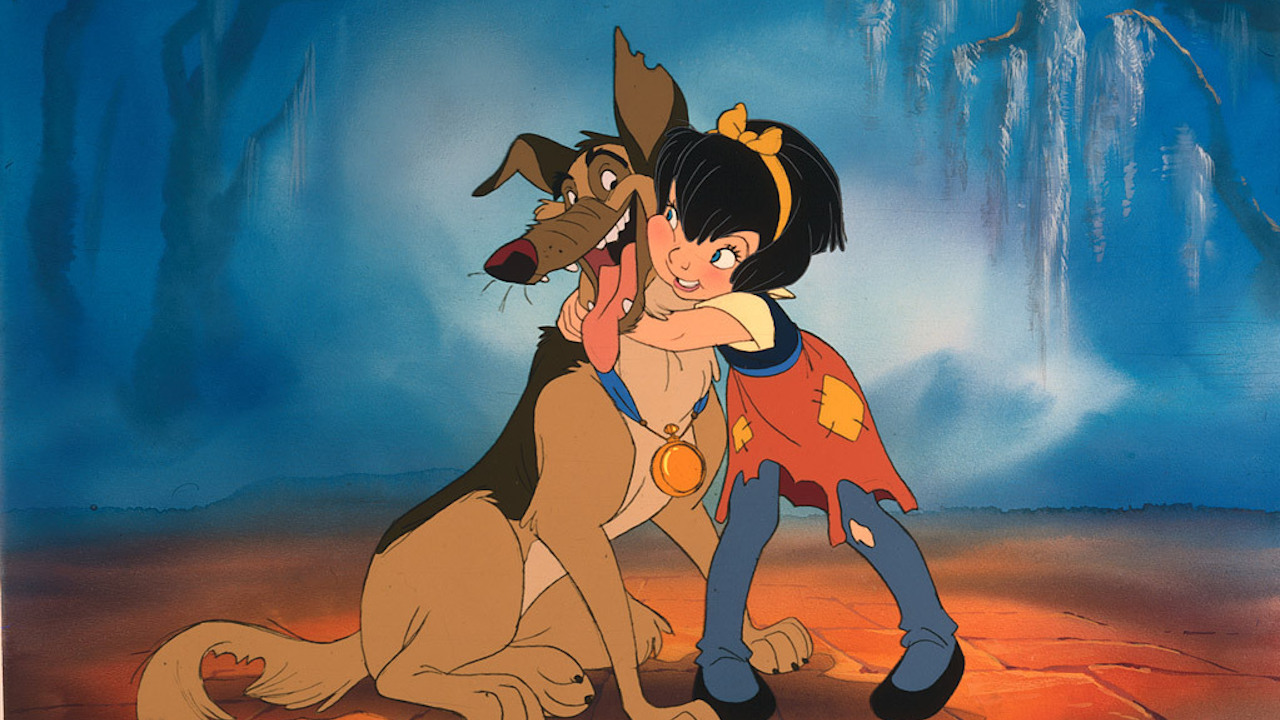 All Dogs Go to Heaven

“Bluth is the former Disney animator who led a group of artists away from the studio during its doldrums in 1979 and set up his own animation operation. His feature credits so far include “The Secret of NIMH,” the dinosaur adventure “The Land Beyond Time,” and “An American Tail,” the story of an immigrant mouse that set box office records for an animated film. Now here he is with a fantasy about canine low-life in New Orleans.

The movie involves the adventures of Charlie B. Barkin (who not only has the voice of Burt Reynolds but even some of the mannerisms). Barkin is a professional criminal who has teamed up in the past with a pit bull named Carface, but Carface has Barkin rubbed out and he finds himself in Heaven, which should not be a surprise if he has read the title of his movie. Bent on revenge, Barkin returns to Earth, and the main story of the movie begins as he makes friends with a little girl who has an amazing knack for predicting winners at the track.

The movie tells its story with several timeouts for song and dance numbers, notably one in which an alligator does an Esther Williams imitation. The plot is not particularly inventive (all but the younger viewers should be able to call most of the big surprises), but the style and tone of the movie is fresh.” – Roger Ebert