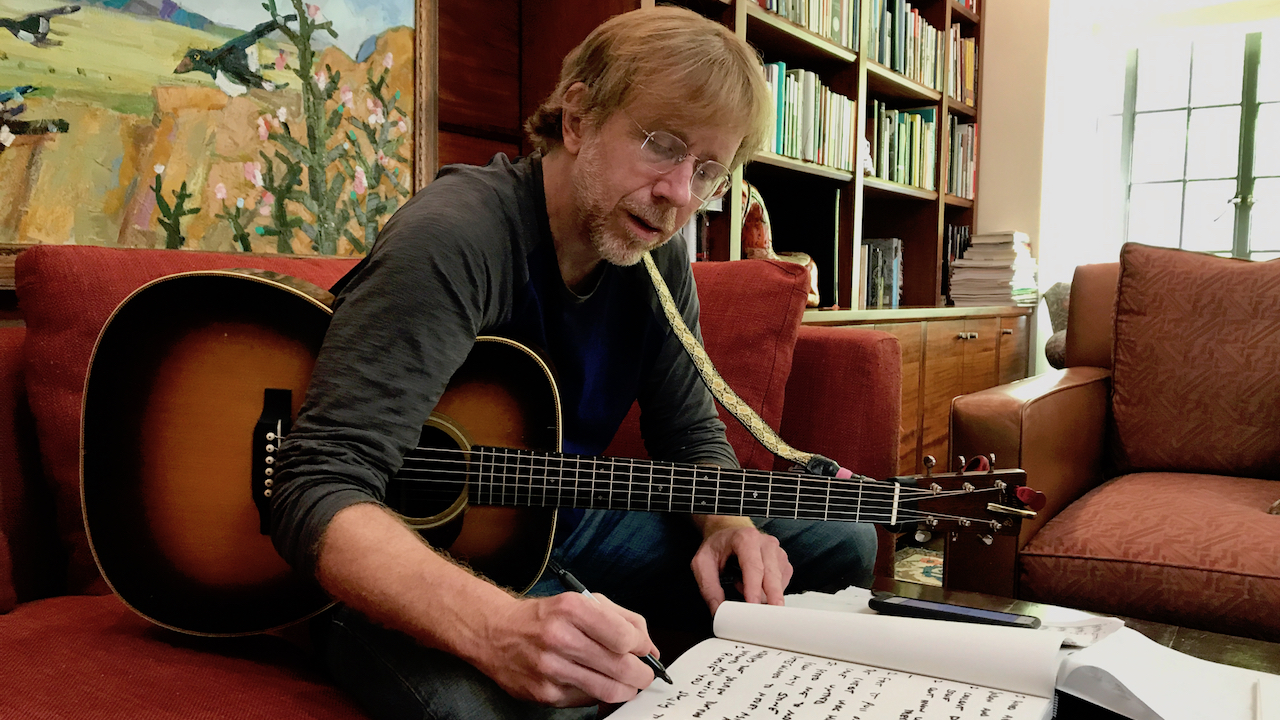 Between Me and My Mind

Following the critically-acclaimed world premiere at Tribeca Film Festival, BETWEEN ME AND MY MIND comes to movie theaters nationwide for a special one-night-only screening on Wednesday, July 17.  A few minutes into this intimate look at the creative process of founding Phish guitarist and vocalist Trey Anastasio, it is clear that he is exploding with his unique brand of songwriting and creativity.  As the front man of one of America’s longest lasting and most successful touring bands and a solo musician as well, Anastasio’s virtuosic musicianship has made him an icon, beloved by his die-hard fanbase for the depth of his artistic output and the boundless enthusiasm that he exudes on stage and off.

BETWEEN ME AND MY MIND captures Trey as he works through some of his most personal song ideas to date, placing his relationships with friends and family at its core.  At the same time, he prepares for one of Phish’s legendary New Year’s Eve shows at Madison Square Garden, culminating with the exhilarating, elaborately produced moment when the clock strikes midnight on-stage. This is an eye-opening exploration of the method behind Anastasio’s magic, told with the same loving warmth that endears him to his legions of fans.