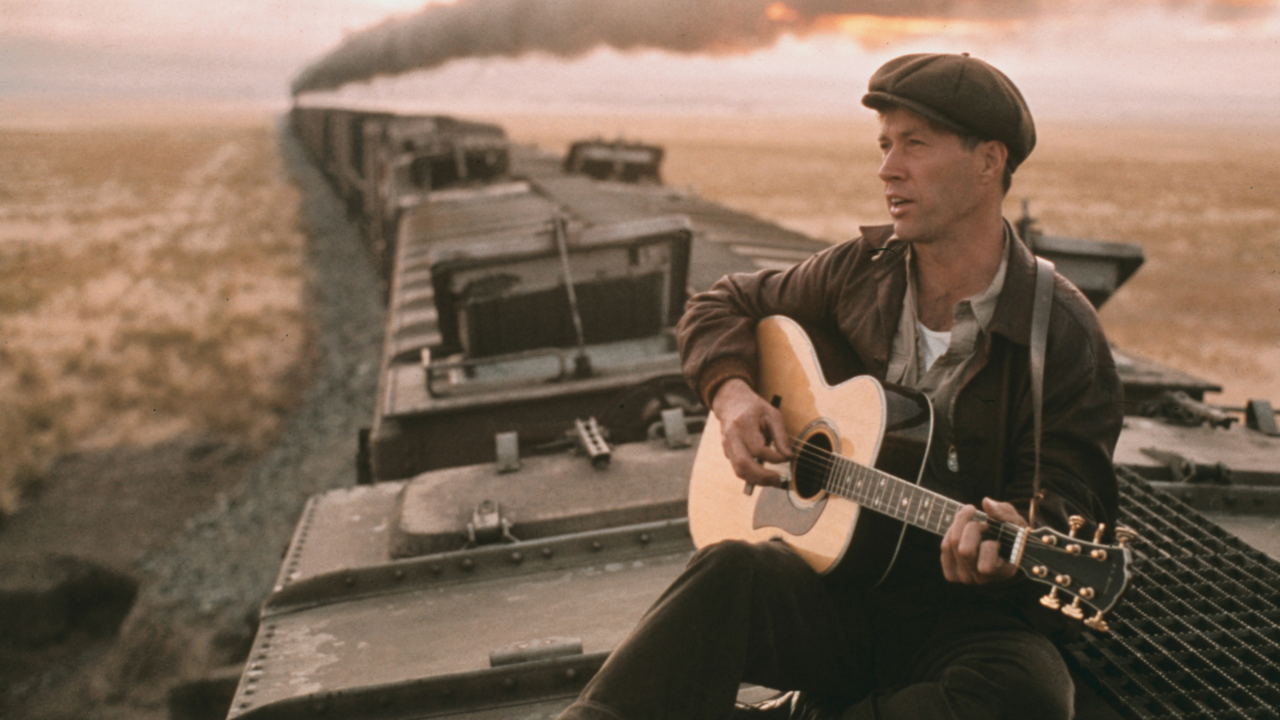 “Bound for Glory is outstanding biographical cinema, not only of the late Woody Guthrie but also of the 1930s Depression era which served to disillusion, inspire and radicalize him and millions of other Americans. The plot [based on Guthrie’s autobiography] advances smoothly and sensitively through about six major phases of Guthrie’s earlier life: the natural tragedy of the southwest dust bowl; Guthrie’s transit to California; his exposure to the horrors in the migrant worker valleys; his initial radio career; his political activism, finally his decision to strike out for large urban areas where his songs and experience might add some momentum to change.” – Variety (1975)