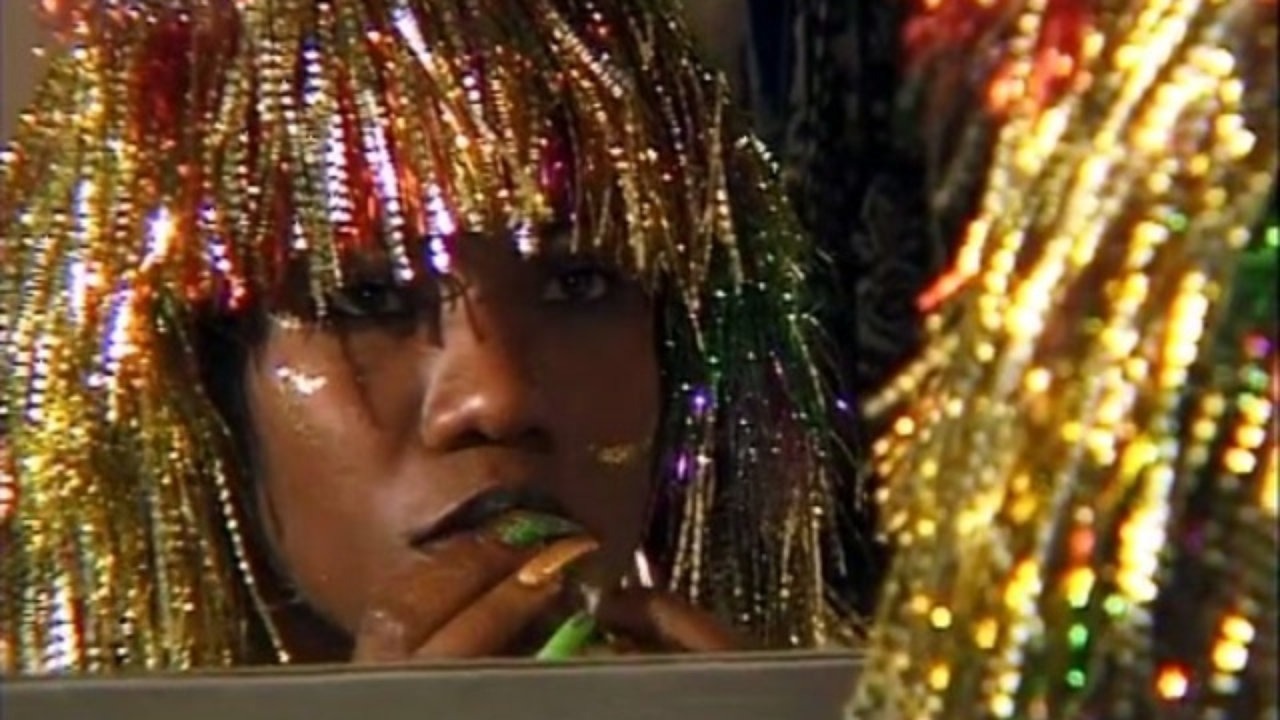 “High-spirited, energetic and colorful, the new Jamaican film DANCEHALL QUEEN is the story of a humble street vendor who finds an unusual way of getting her family out of a harrowing, violence-ridden ghetto. Emotionally engaging…this contempo fairy tale boasts such an enchanting lead performance by Audrey Reid that the limited theatrical distribution it is currently receiving in major cities seems deserved. An entertaining movie that offers a pulsating reggae soundtrack and scintillating sights of the vibrant island, pic should also travel the festival road as an all-too-rare sampling from Jamaica. Structure is that of a modern Cinderella story, except there is no Prince Charming….Dominating almost every scene, Reid is such a natural talent and photogenic presence that it’s hard to believe this is her screen debut. The other thesps do their jobs proficiently, bringing verve to their roles.

“Realizing the importance of mood and authenticity, co-directors Don Letts and Rick Elgood give their story an undeniable urgency and punch, unabashedly accentuating the broad conflicts and feelings. The film’s most distinctive element is Wally Badarou’s score, which is performed by a gallery of dancehall stars, including Beenie Man (who provides the title track), Bounty Killer, Lady Shaw, Junior Demus and Sanchez. The flashy dresses and multicolored wigs add considerable color to the proceedings. Though old-fashioned, DANCEHALL QUEEN is a movie made straight from the heart.” –Variety