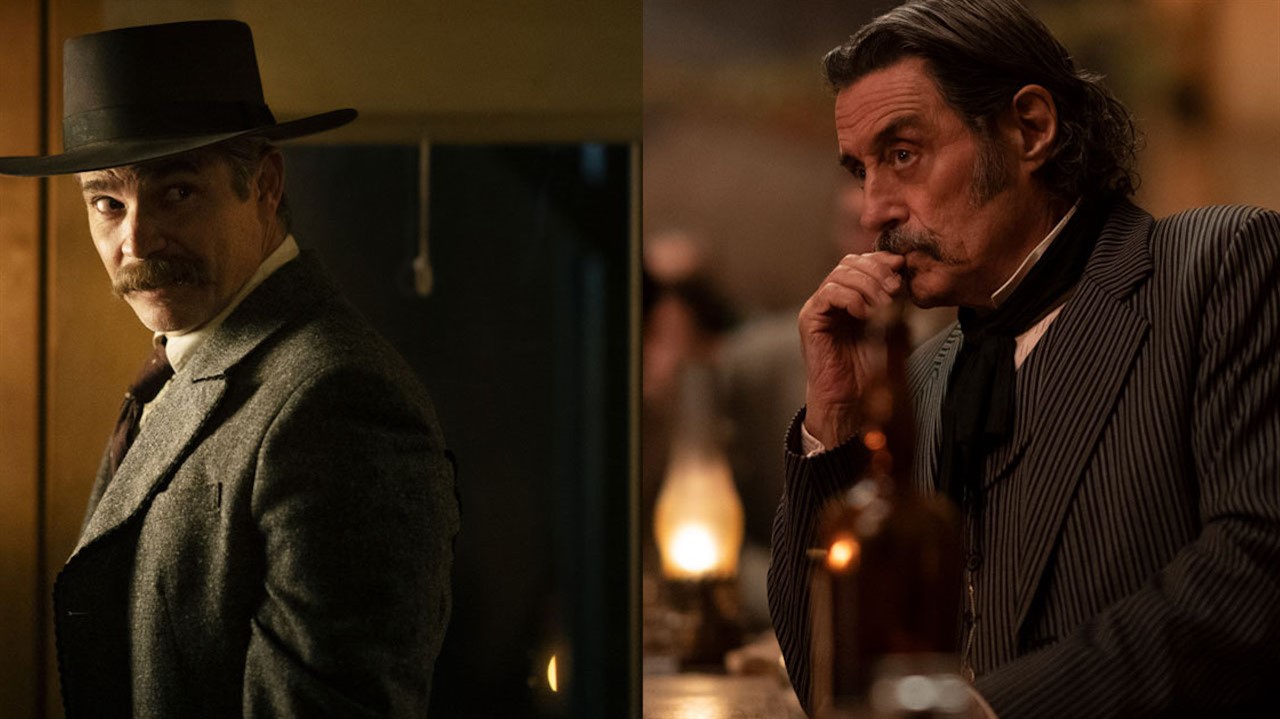 When David Milch’s Western Deadwood debuted on HBO in 2004, it earned solid ratings and comparisons to both The Sopranos (which it followed on the network’s schedule) and Shakespeare. Its sudden cancellation in 2006, three seasons into what Milch hoped would be at least a four-season run, shocked the show’s cast and crew as well as its fans. Deadwood: The Movie reunites the story’s major players for a two-hour film set ten years after the end of the last episode. The eponymous one-time former camp, now a thriving town, celebrates South Dakota’s induction into the United States, while monumental life events happen publicly and often simultaneously, in classic Deadwood fashion.

Join hundreds of Deadwood fans at the SVA Theatre in Chelsea as we watch the movie during its broadcast on a big screen. The film will be preceded by “A Lie Agreed Upon: David Milch’s Deadwood,” a half-hour documentary about the series, written by Split Screens Co-Creative Director Matt Zoller Seitz, edited by Steven Santos, and narrated by Supernatural star Jim Beaver, who played Whitney Ellsworth on the show for three seasons. The movie will be followed by a live video discussion with star Ian McShane.