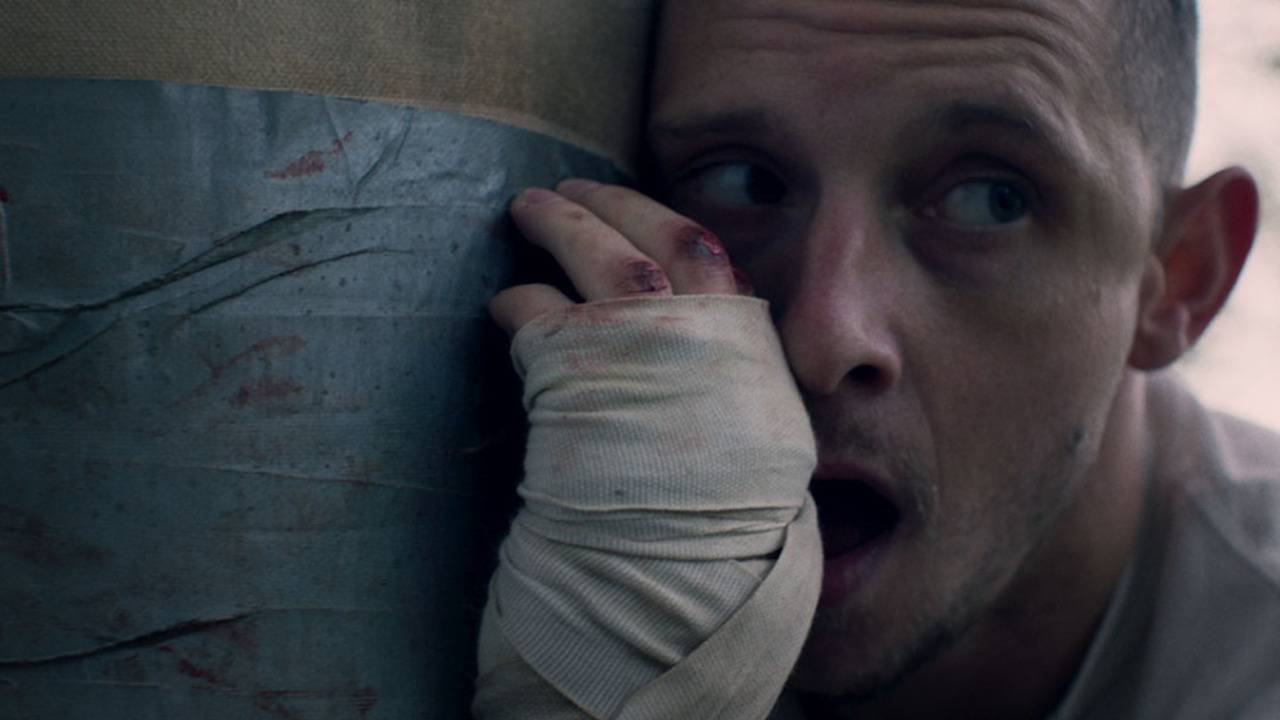 DONNYBROOK was previously announced to open at the IFC Center on Fri Feb 15 but will instead be opening at the Quad Cinema.

Three desperate souls must fight their way out of a dead-end world in this bracing, gut-punching glimpse into America’s dark underbelly. Earl (Jamie Bell) is a struggling ex-marine and father determined to make a better life for his family—no matter what it takes. Angus (Frank Grillo) is a violent, unhinged drug dealer who leaves a trail of death and destruction in his wake. And Delia (Margaret Qualley) is a haunted woman who will do anything to escape a life of crime she can no longer bear. In their kill-or-be-killed world, all roads lead to the Donnybrook: an illicit backwoods cage match where bare-knuckled fighters brawl for a shot at a $100,000 prize. It’s either a last-ditch chance at redemption—or a death sentence. Blending unflinching brutality with dreamlike lyricism, director Tim Sutton conjures a mesmerizing, visceral vision of life on the extreme margins.

Based on the critically-acclaimed novel Donnybrook by author Frank Bill.