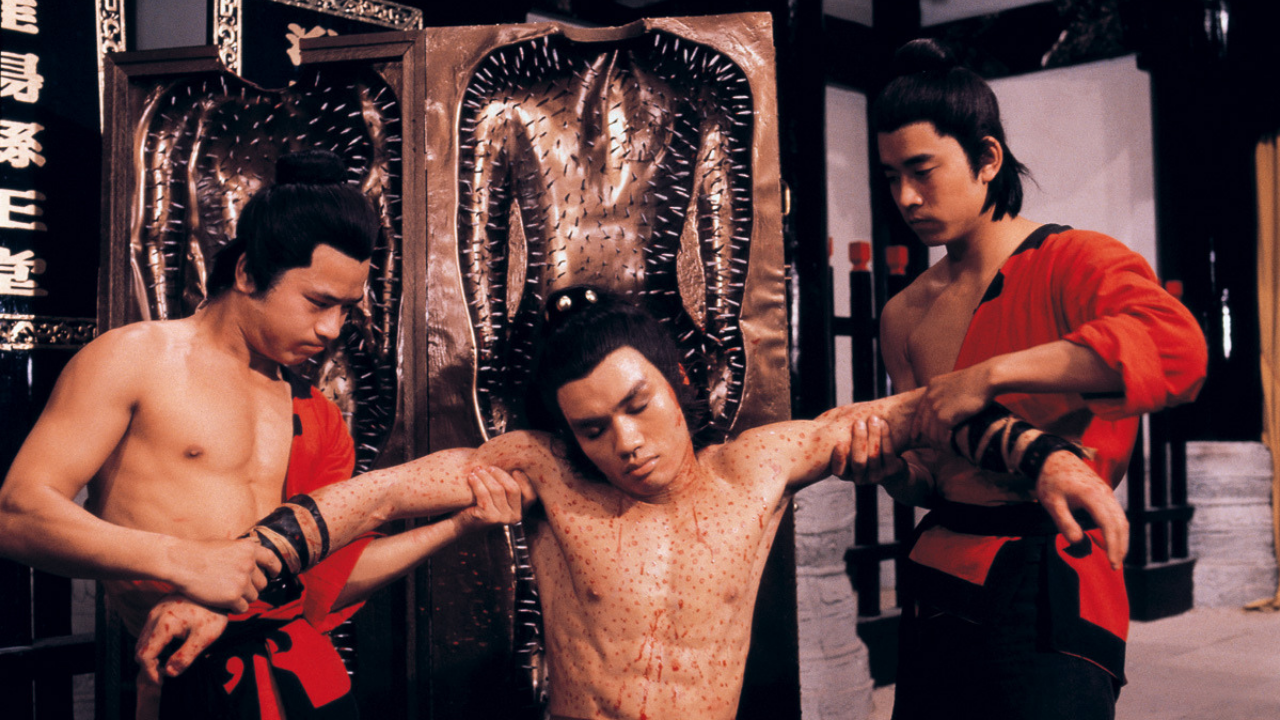 DCP Projection
** Please note that the late-night screenings on Fri 12/7 and Sat 12/8 begin at 12:15am and not at 11:59pm! **
The film that launched generations of kung fu acolytes, a popular film series and a few thousand rap songs, this iconic film will also have KILL BILL fans experiencing serious déjà vu.
Five skilled martial arts students — the Centipede, the Scorpion, the Lizard, the Snake, and the Toad — are mysterious, masked disciples of a clan leader whose dying wish sends his favorite student off to find out whether they intend to carry on for good or evil.  Kickass fight scenes and psychedelic lighting that would make Dario Argento beg for mercy give FIVE DEADLY VENOMS “essential viewing” status, possibly even more popular now than ever — and the  film’s climactic five-way battle is the stuff of legend, “as good as — if not better than –any on-screen fight before or since.” (MutantReviewers.com)