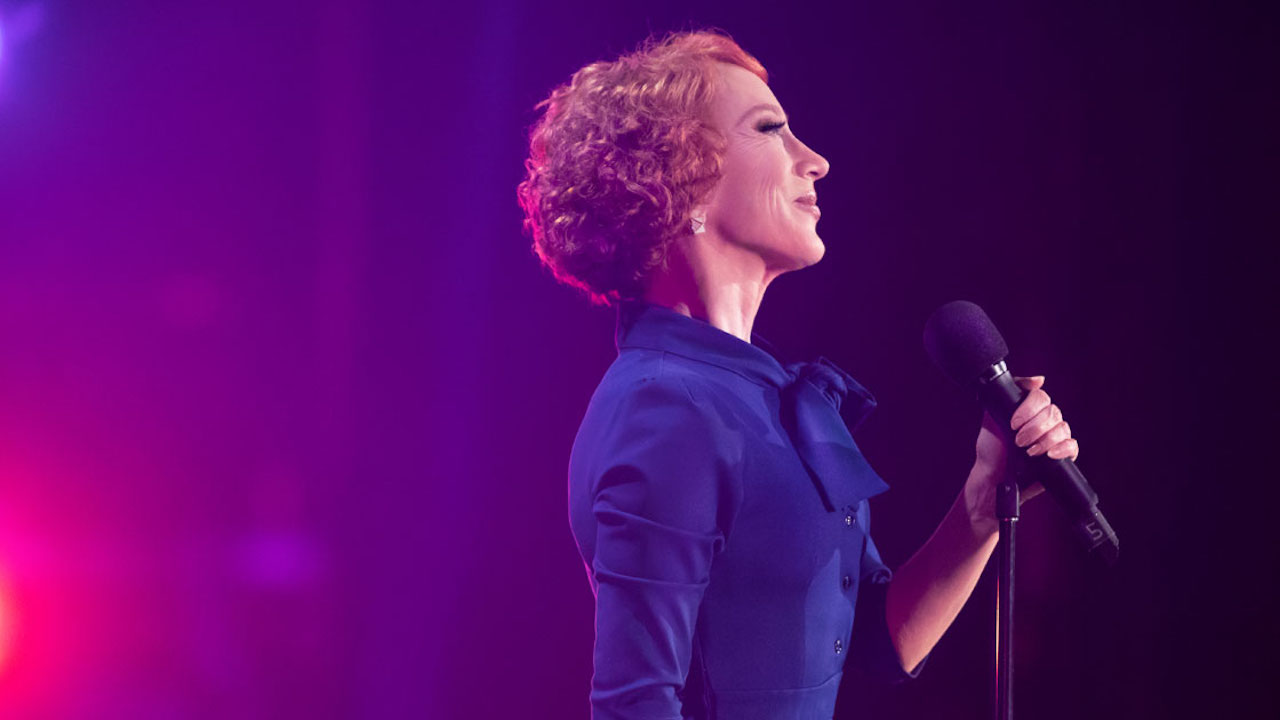 Kathy Griffin: A Hell of a Story

New York Premiere. Award-winning comedian, actress, and author Kathy Griffin laughs in the face of, well… everything, including controversy. But she faced her greatest storm by far in 2017 when an infamous photo of Griffin holding a mask with President Trump’s likeness went viral on a global scale. Within days, Griffin was fired, abandoned by friends, and soon became the subject of two federal investigations, ultimately having to defend herself under oath. Unbowed, Griffin created a new stand-up act, captured in this new docu-comedy, out of her life-rattling experience as a First Amendment warrior. If you think this is only the story of a D-List celebrity, think again: Griffin defiantly (and hilariously) represents all Americans in defending her right to free speech.

106 minutes. Directed by Troy Miller. A Brainstorm Media release in partnership with Fathom.