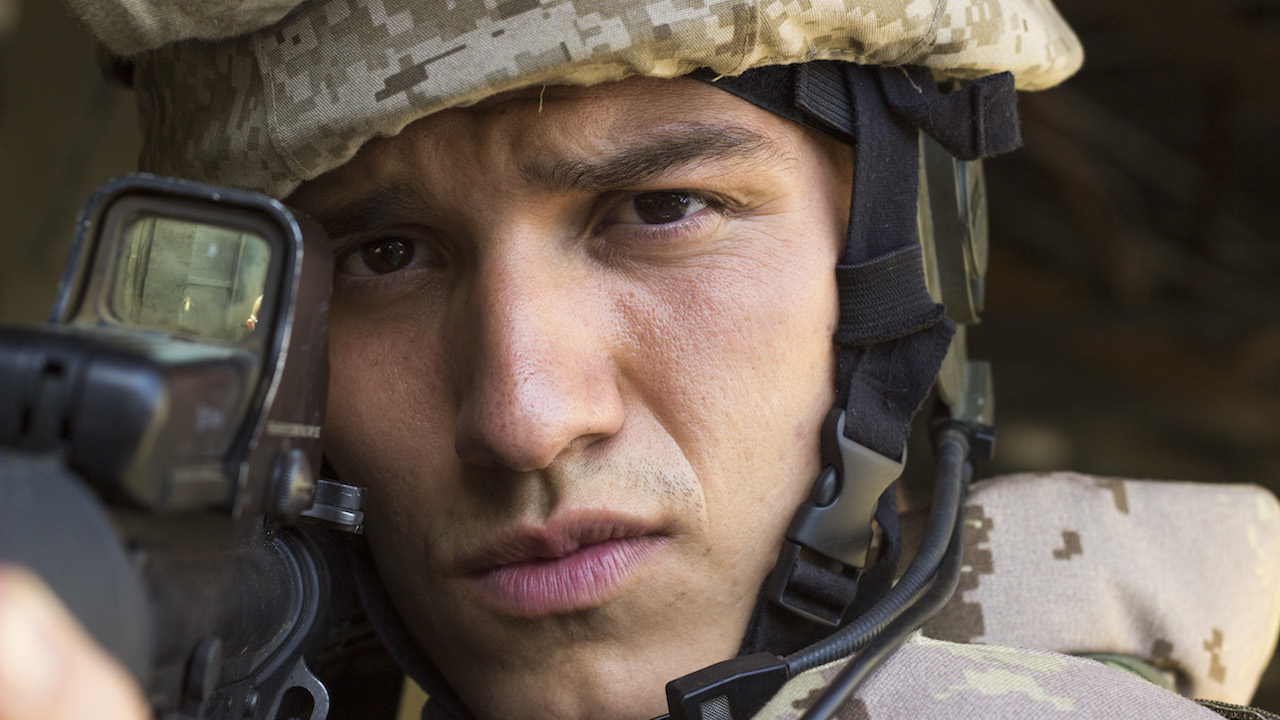 This striking, stylish debut feature by Marie Clements offers an intense, dramatic perspective on modern warfare. RED SNOW revolves around Dylan, a Gwich’in soldier from the Canadian Arctic serving in Afghanistan. Captured in a deadly ambush, he is imprisoned and interrogated by a ruthless Taliban commander. This interrogation triggers in Dylan powerful, painful memories of his past involving the love and tragic death of his Inuit cousin, Asana. While in captivity, Dylan also befriends a Pashtun family who, like him, desperately want to flee from the brutal realities of life under the Taliban. Together they conspire to escape their captors and soon embark on a long, arduous trek to freedom. Alternating between past and present, the arid landscapes of Afghanistan and the vast snowy vistas of Canada’s arctic, RED SNOW is a journey of the mind, heart, and spirit as well as a thrilling odyssey across a dangerous, war torn territory.