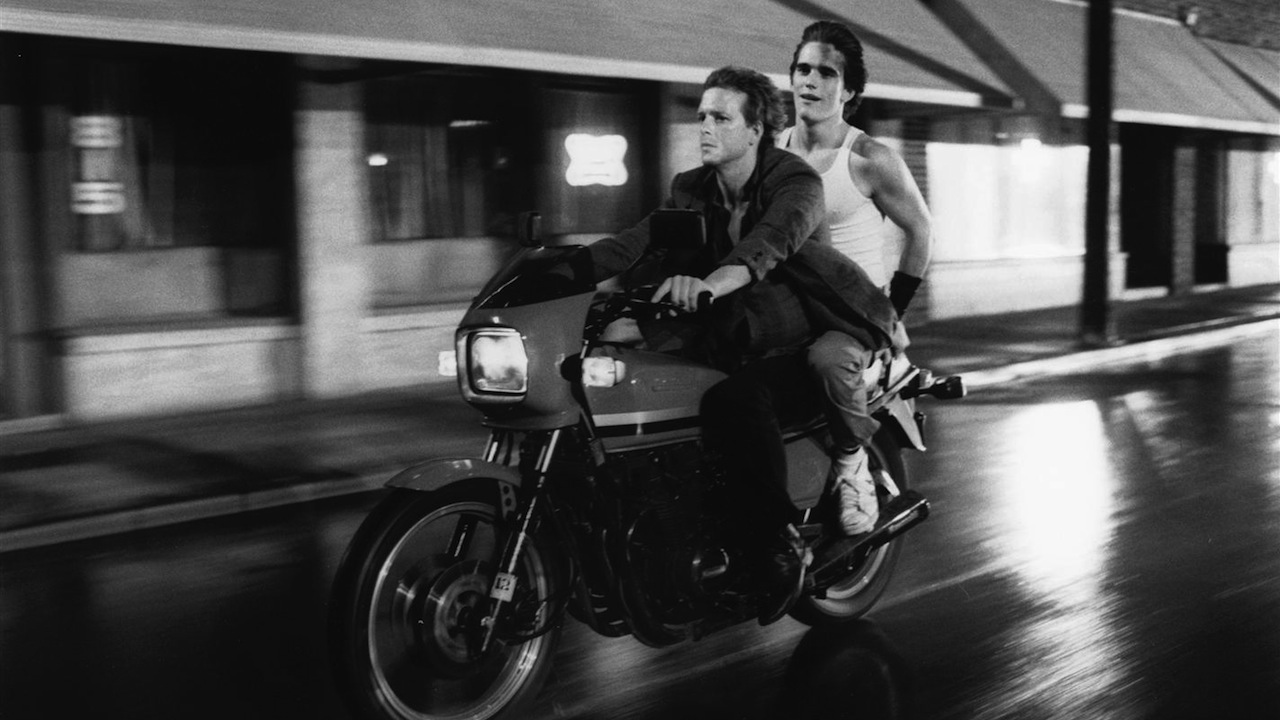 “On Sundays during the Outsiders shoot, Coppola and Hinton worked on the script for RUMBLE FISH, a more intimate but also more strangely mythic narrative than that of The Outsiders. He then enlisted a couple of actors from the other film, Matt Dillon, then eighteen, and Diane Lane, then seventeen, to play its leads. Where for The Outsiders Coppola took a lush, emotive, romantic approach replete with allusions to Gone with the Wind (a favorite movie of one of its characters), with RUMBLE FISH he went about finding himself in a different way. The story here is very simple: Rusty-James (Dillon), a charming, aimless gang leader, searches for meaning in the absence of his legendary older brother, the Motorcycle Boy. The Motorcycle Boy cruises back into town at a crucial juncture for Rusty-James, and the older brother has a message for the younger: he’s not going to find what he’s looking for. The brothers wrestle with their drunkard father, Rusty-James wrestles with his feelings for his sometimes girlfriend, Patty (Lane), a local cop sets his gun sight on the Motorcycle Boy, and all the characters enact gestures and provocations both intimate and archetypal.

“…Rusty-James may not be the brightest fellow, but he has a desire that is very direct and possibly universal: ‘I just want you to see me, man,’ he says through his pain. Coppola’s achievement is in seeing him, and seeing himself, and seeing us, all operating, or at least trying to, in the wasteland.” -Glenn Kenny, Current, The Criterion Collection