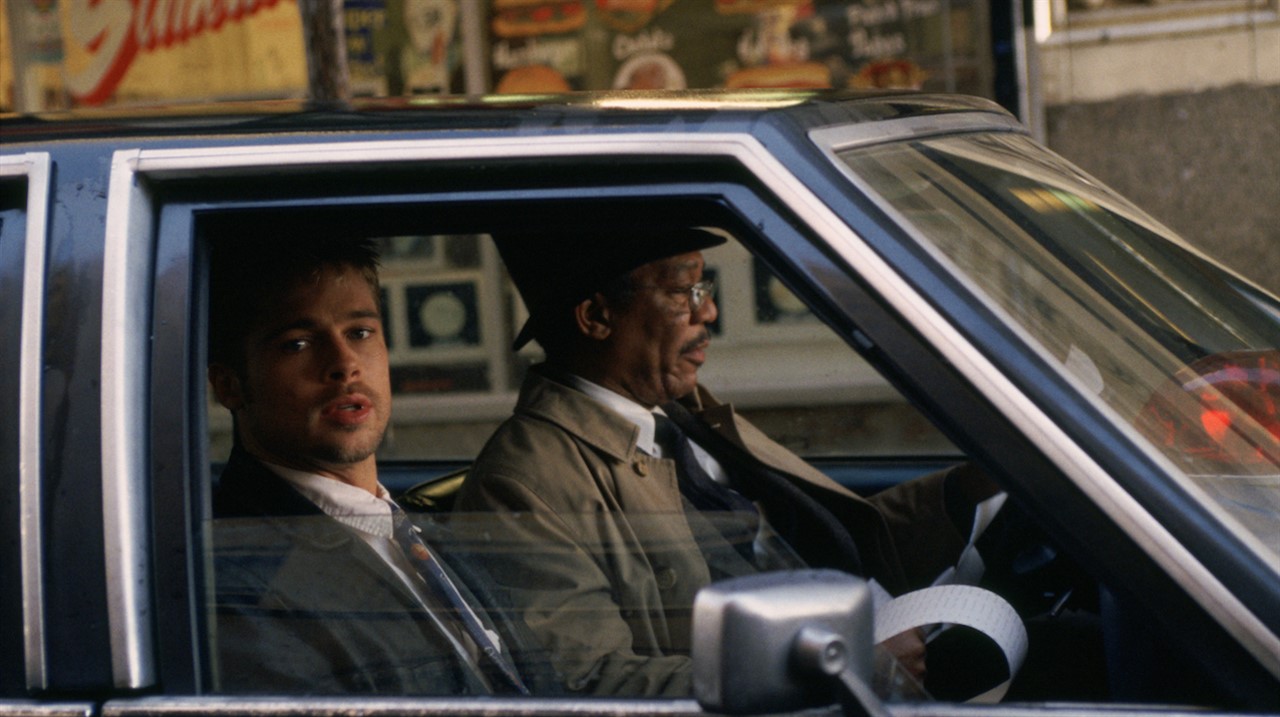 “Serial killers and mismatched cops overcoming antagonism are seldom fresh, fruitful subjects for movies, but this exceptionally (and impressively) nasty thriller blends genres to grim and gripping effect. Somerset (Morgan Freeman) and Mills (Brad Pitt) are the detectives brought together when an obese corpse is discovered in a dismal apartment. Mills, who with his wife (Paltrow) has recently moved to the city from upstate, resents what he perceives as Somerset’s patronising attitude; still, the older cop, about to retire and weary of crime and moral apathy, is unusually educated, as becomes clear when they find a second mutilated body and he insists his young partner start reading the likes of Milton, Chaucer and Dante. Somerset’s theory? That a messianic murderer is perpetrating crimes to punish the Seven Deadly Sins – in which case there are five more to go. The film’s world is so shadowy, decaying and intentionally dated that one often wonders whether anyone involved has heard of electricity; at the same time, however, Somerset and Mills’ slow voyage from claustrophobic murk into blinding light makes for a vivid dramatic metaphor. Moreover, Fincher handles the violence with sensitivity, announcing its obscenity in spoken analyses and briefly glimpsed post mortem shots, but never showing the murderous acts themselves.” – Time Out (London)