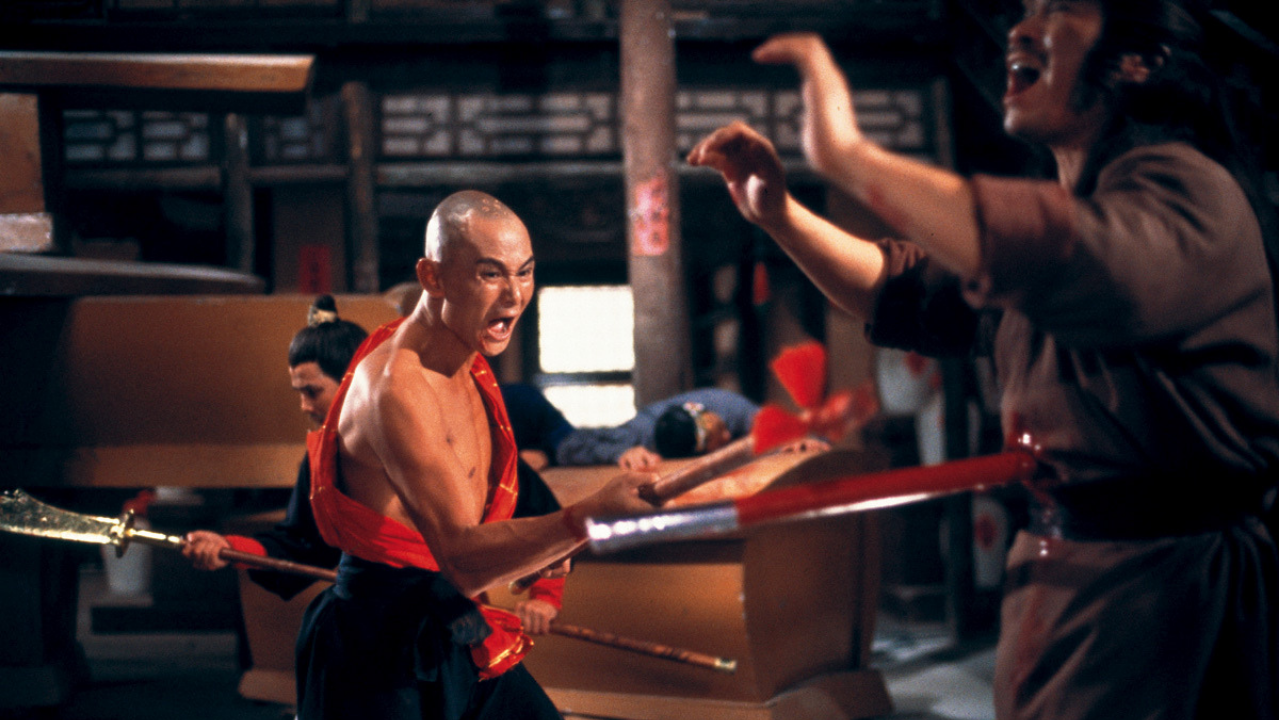 “Evil general Pan Mei entraps Yang family warriors into a tragic battle that leaves almost their entire clan killed. While one brother returns home a traumatized shell, the other, Yang Wu-lang (Gordon Liu Chia-hui), seeks refuge in a monastery, where he develops the invincible eight diagram pole fighting technique. But this life of spiritual solace does little to tame his desire for vengeance. When his sister (Kara Wai) is captured by Pan, Yang emerges for a final showdown. Lau Kar-leung’s most emotionally dramatic picture features some of his most stunning group action scenes. The director appears in a small role as a hunter who puts on a spectacular fight to assist Yang’s escape.” – MoMA