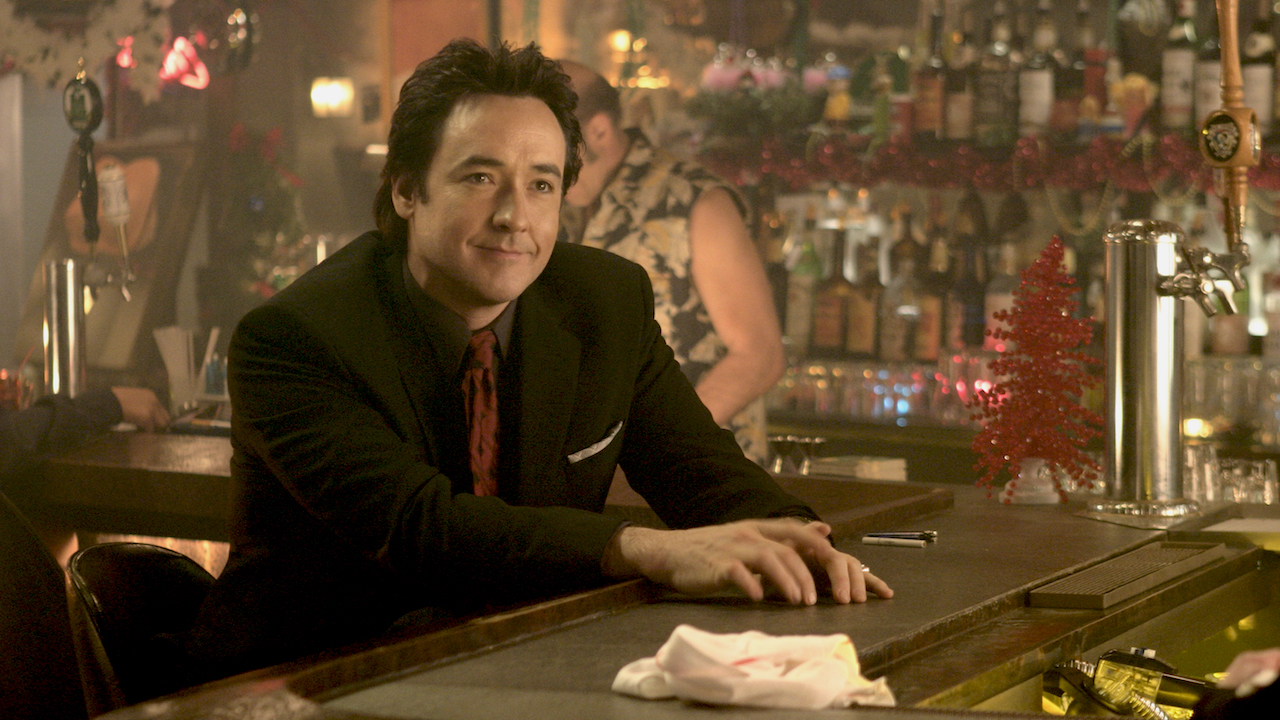 “It’s a busy Christmas Eve for Charlie Arglist, who visits his former in-laws, steers his drunken buddy out of trouble, buys toys for his kids, waives the stage rental for a stripper at his topless club, and cheats, lies, steals and kills. Perhaps of all actors only John Cusack could play Charlie and still look relatively innocent by Christmas Day. He does look tired, however.
“Charlie is a mob lawyer in Wichita, Kan. He is in fact the best mob lawyer in all of Kansas. We know this because his friend Pete (Oliver Platt) announces it loudly almost everywhere they go. “I wish you wouldn’t do that,” Charlie says, but Pete is beyond discretion. Pete is married to Charlie’s former wife and has inherited Charlie’s former in-laws, a circumstance that inspires in Charlie not jealousy but sympathy. They are fascinated that the woman they have both married is the only adult they know who still sleeps in flannel jammies with sewn-on booties.
“Charlie’s holiday has begun promisingly. He and his associate Vic (Billy Bob Thornton) have stolen $2.2 million belonging to Bill Guerrard (Randy Quaid), the local mob boss. They think they can get away with this. They certainly hope so, anyway, for as Charlie tells Vic, “I sue people for a living. You sell pornography. Bill Guerrard kills people.” Charlie also manages a topless bar and is attracted to its manager, Renata (Connie Nielsen), who has suggested that Charlie’s Christmas stocking will be filled with more than apples and acorns if certain conditions are met.

“THE ICE HARVEST follows these developments with the humor of an Elmore Leonard project and the interlocking violence of a “Blood Simple.” The movie, directed by Harold Ramis, finds a balance between the goofy and the gruesome, as in a rather brilliant scene in which a mobster who is locked inside a trunk is nevertheless optimistic enough to shout out muffled death threats. For some reason, there is always humor in those crime scenarios where tough guys find it’s easy to conceive diabolical acts, exhausting to perform them. It’s one thing to lock a man in a trunk, another to get the trunk into the back seat of a Mercedes, still another to push it down a dock and into a lake. If the job ended with locking the trunk, you’d have more people in trunks.” – Roger Ebert