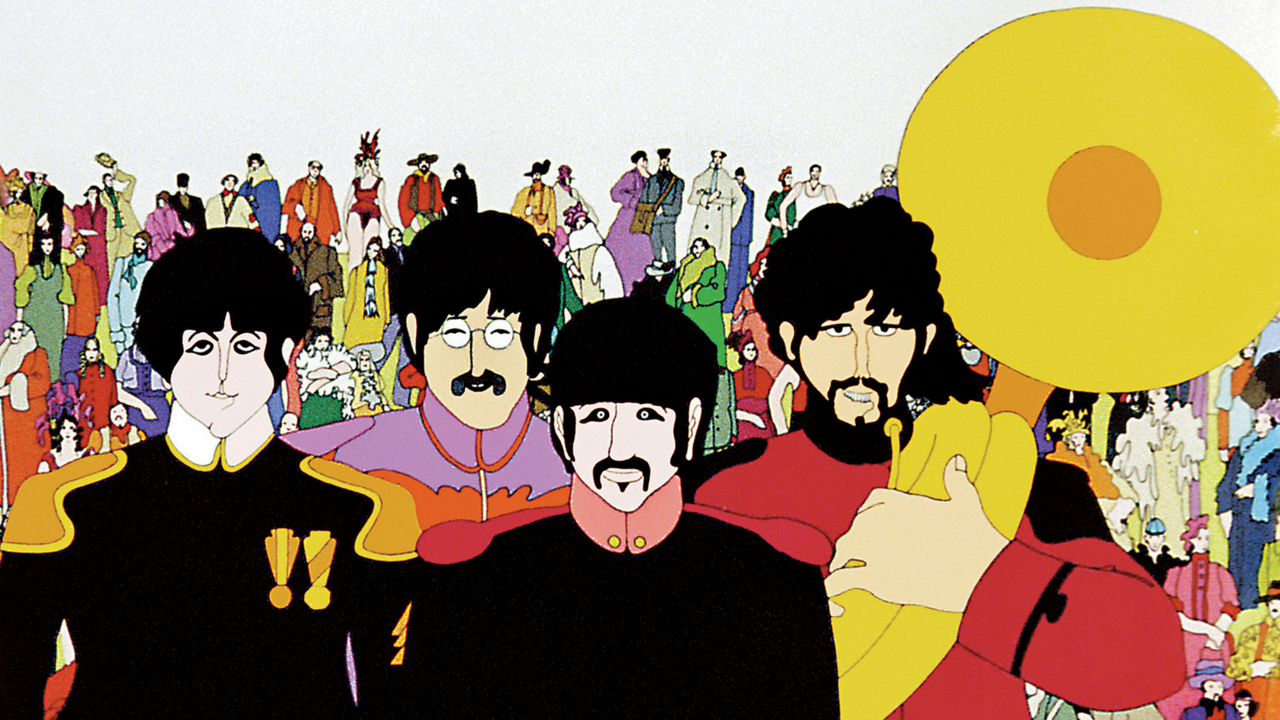 Once upon a time_Ñ_.or maybe twice_Ñ_.there was an unearthly paradise called Pepperland, 80,000 leagues under the sea it lay, a place where beauty, happiness, and music reign supreme.

But this peaceful harmony is shattered when the Blue Meanies invade with their army of storm bloopers, apple bonkers, snapping turtle turks, and the menacing flying glove in an attempt to stop the music and drain Pepperland of all colour and hope. So it’s The Beatles to the rescue, as our animated heroes team up with Young Fred and the Nowhere Man and journey across seven seas to free Sgt Pepper’s Lonely Hearts Club Band, make peace with the Meanies, and restore music, colour, and love to the world.

But beyond all the glorious music, Yellow Submarine is a landmark in animation, with Heinz Edelmann’s inspired art direction conjuring up a non-stop parade of wildly different styles and techniques. From the paper-doll residents of Pepperland, to the tinted photography of the soot covered roofs and smokestacks Liverpool, the menagerie of fanciful characters in the Sea of Monsters, the kaleidoscopic colour-splashed rotoscoping of Lucy in the Sky with Diamonds, the vertigo inducing op-art of the Sea of Holes, and the triumphant euphony of the It’s All Too Much finale, the film is simply a joy.

and with 11 songs by the Beatles it certainly has the best music track of any animated film."