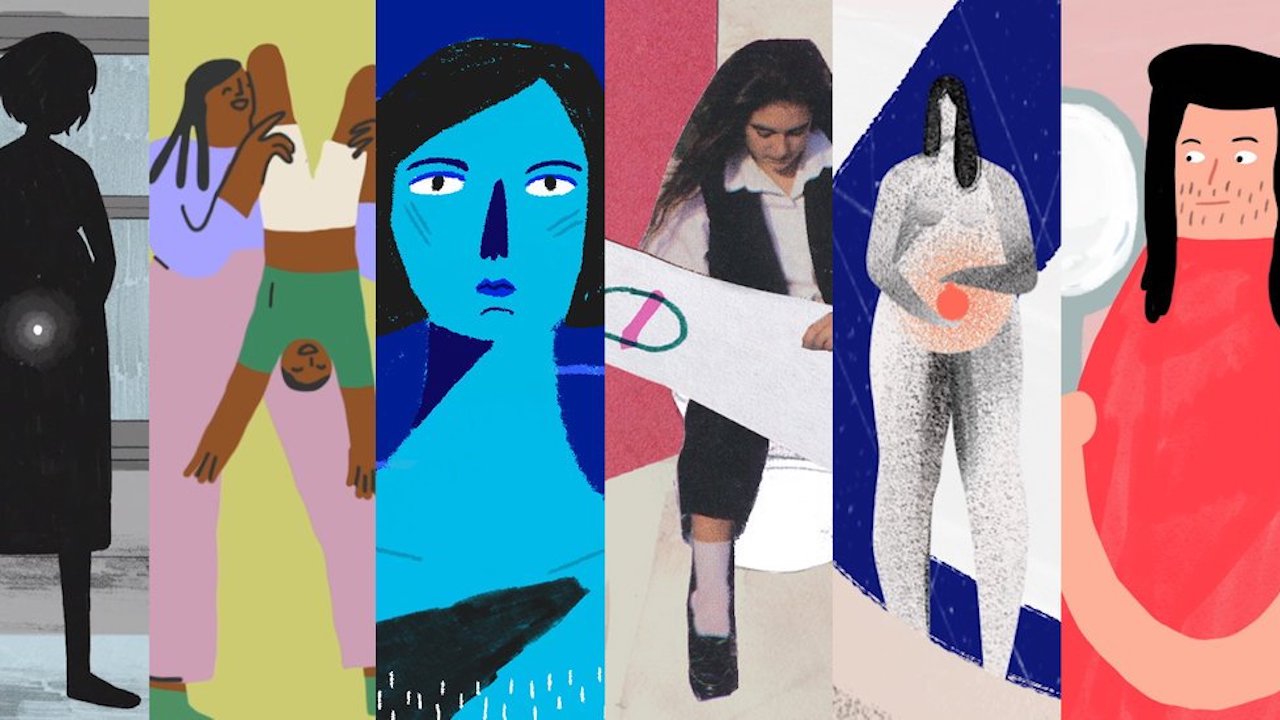 Our April-May 2019 edition of “Short Attention Span Cinema” presents six animated films from the New York Times’ video project “Conception” Season 1, all exploring what it means to be a parent today. Working from hundreds of responses to the question of what it’s like to parent in the context of major cultural, social and political shifts, these stories explore the values, burdens, and dreams of motherhood as experienced by real women. “Conception” Season 2 screened as an earlier edition of “Short Attention Span Cinema.”

A different film from the program plays each week before our regular features—see schedule below.

Fri Apr 5 – Thu Apr 11:  “Why I Adopted My Sister’s Baby” (dirs. Margaret Cheatham Williams & Moth Studios, 4 min.)
Catie didn’t think she could have kids — until she got unexpectedly pregnant. Her sister dreamed of being a mom, but at age 30, she had no eggs.

Fri Apr 12 – Thu Apr 18: “When Having a Child Doesn’t Make You Happy” (dirs. Margaret Cheatham Williams & Jordan Bruner, 4 min.)
Yael’s mother suffered from postpartum depression, and ultimately committed suicide. Now a mother herself, would she leave her own sons to the same fate?

Fri Apr 19 – Thu Apr 25: “Her Mom Had Five Kids. She Wanted Another Life.” (dirs.Margaret Cheatham Williams & Amelia Giller, 4 min.)
When Cassandra looked at her mother, grandmother and great-grandmother, she saw the burden of childbirth. For herself, she wanted more.

Fri May 3 – Thu May 9: “The World Was Hers, Then She Became a Mom” (dirs. Margaret Cheatham Williams & Joanna Neborsky, 4 min.)
At 17, Marie loved feeling like anything was possible. Then she watched the line on her pregnancy test turn pink.

Fri May 10 – Thu May 16: “A Mother’s Promise: You Can Be Yourself” (dirs. Margaret Cheatham Williams & Sam Ballardini, 5 min.)
Laurin’s husband was an activist. Her son chose to be brave in his own way.