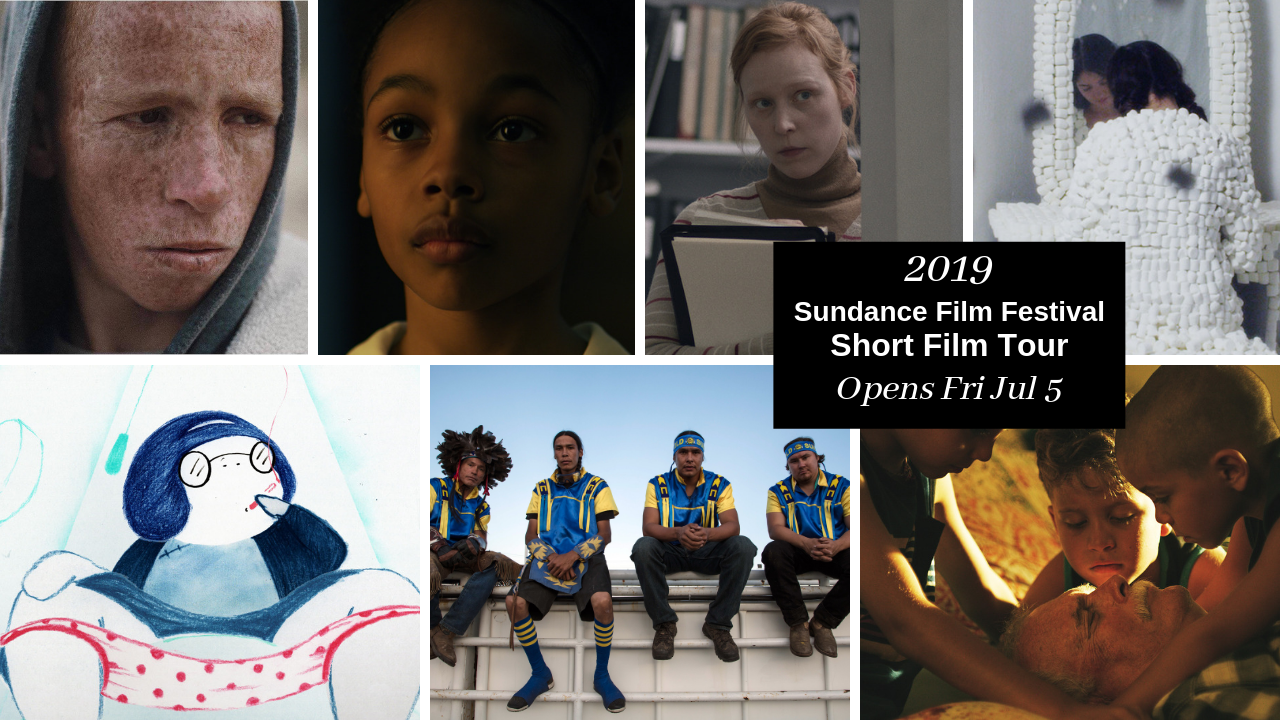 The 2019 Sundance Film Festival Short Film Tour, a program of seven shorts from this year’s Festival,opens Friday, July 5 for an exclusive theatrical engagement at IFC Center. Including fiction, documentary and animation from around the world, the 96-minute lineup offers new audiences a taste of the Festival’s selections, from laugh-out-loud comedy to contemplative reflections of the world we live in. Two films in the program won Special Jury Awards for Directing at the 2019 Sundance Film Festival, and most will have their New York premieres in the tour.

For more than 30 years, the Sundance Film Festival has widely been considered the launchpad for many now-prominent independent filmmakers, as well as one of the world’s premier showcases for short films. Each year the Festival receives nearly 9,000 short film submissions, selecting 60-80 to show. The Festival programs a collection of shorts from its most recent Festival to go on a theatrical tour to independent art houses in more than 70 cities nationwide every year. The tour is one of very few theatrical releases of short films in the U.S.

sometimes, i think about dying – Directed by Stefanie Abel Horowitz. USA, 12 minutes.
Fran is thinking about dying, but a man in the office might want to date her.

Valentina, a day-walking Black vampire protected from the sun by her melanin, is forced to restrain her bloodlust to regain custody of her estranged daughters.

In an art museum, we learn — from outer to inner, from deep to its deepest, seriously and sincerely.

Jenny breaks free from a toxic friendship and learns to harness her magical, useless superpower.

A slice of life about a grandpa and his grandsons, the future and the past. Special Jury Award for Directing.

When a hardened Tunisian shepherd’s son returns home after a long journey with a new wife, tension rises between father and son.