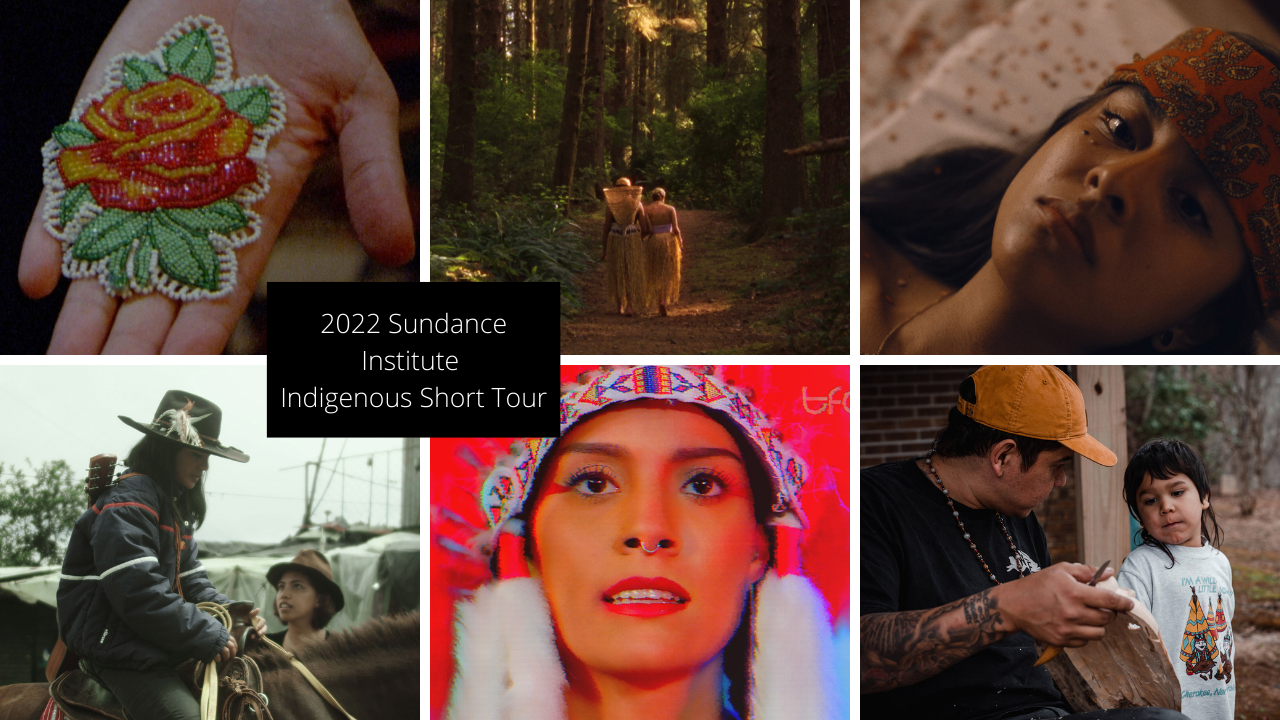 The 93-minute program showcases 6 short films from the US, Mexico and the Philippines directed by Indigenous filmmakers, featuring titles from the 2022 Sundance Film Festival shorts program and from alumni of Sundance Institute’s Indigenous Program. The lineup includes the winner of Sundance’s 2022 Short Film Grand Jury Award, an award-winner at SXSW and other festivals, and more—see below for the complete program.

Started in 2021 as a virtual presentation in conjunction with Sundance partners at museums, Native cultural centers, and arthouse cinemas, the tour returns in 2022 as an in-person event. Featuring narrative and documentary shorts, the curated selection is a celebration of Native perseverance and an exciting look at a variety of inventive storytelling from Indigenous artists with Sundance ties. The Festival’s Short Film Program has a long history of supporting and launching talented Indigenous directors including Taika Waititi, Blackhorse Lowe, Sterlin Harjo, Sky Hopinka, Caroline Monnet, and Shaandiin Tome. Support for screenings in Michigan, Mississippi and New Mexico are provided by the W.K. Kellogg Foundation.

Kicking the Clouds / United States (Director: Sky Hopinka – Ho-Chunk Nation/Pechanga Band of Luiseño Indians) — An experimental documentary centered on a 50 year old cassette tape of a Pechanga language lesson between the director’s grandmother and great-grandmother, and contextualized by an interview with his mother in his Pacific Northwest hometown. Documentary. Official selection: Berlin, Thessaloniki.

Maidenhood / Mexico (Director: Xochitl Enriquez Mendoza – Zapoteca, Screenwriters: Xochitl Enriquez Mendoza, Samuel Sánchez Tual, Producer: Eréndira Hernández) —  Catalina submits to the tradition of her people to demonstrate her purity and worth as a woman to her beloved, but her body betrays her and she fails to demonstrate her chastity. Cast: Emma Aquilar Malacara, Héctor Ortíz Valdovinos, Mayra Sérbulo, Maira Jiménez Desales. Narrative.

The Original Shareholder Experience / United States (Director and Screenwriter: Petyr Xyst – Roadrunner clan in the Pueblo of Laguna, Producers: Autumn Billie, Lauren Begay) — An Indigenous telepresenter nearing the top of her class must contend with her career prospects and her moral credibility as she’s asked to sell a genocidal product on live television.