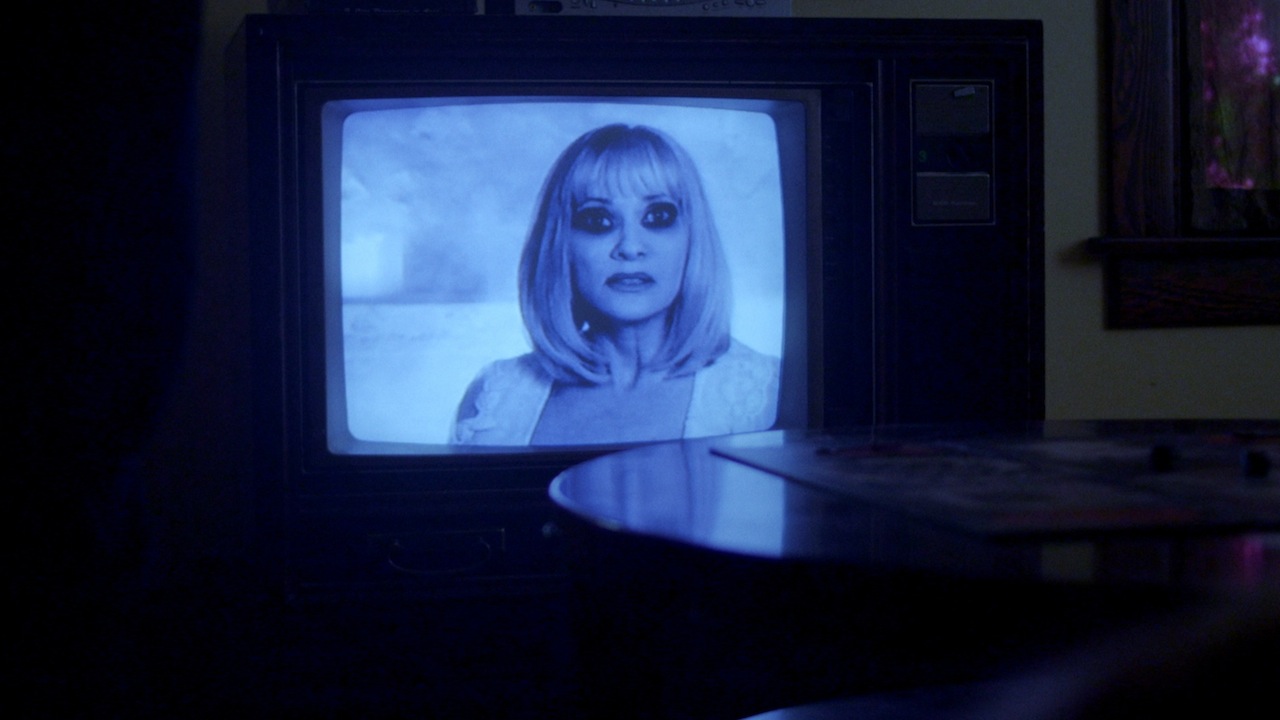 A retro-cool blast from the day-glo 1980s past, BEYOND THE GATES zaps viewers back to a time when VHS ruled, video stores were meccas for horror fans, and shocks came with a healthy dose of schlock. In the wake of their father’s mysterious disappearance, two estranged brothers—responsible Gordon (Graham Skipper) and reckless John (Chase Williamson)—reunite to sift through the contents of his stubbornly anachronistic VHS rental store. Among the inventory, they discover an interactive VCR board game, which their father viewed just before he vanished. Intrigued, the boys pop in the tape, press play, and soon discover that, far from an ordinary game, the video is a portal to a nightmarish alternate reality overseen by a sinister hostess (cult horror icon Barbara Crampton) and that in order to save their father’s soul, they must play by her rules. Bursting with eye-popping practical effects, an unsettling synth score, and wicked black humor, BEYOND THE GATES puts a fresh spin on old-school terror.