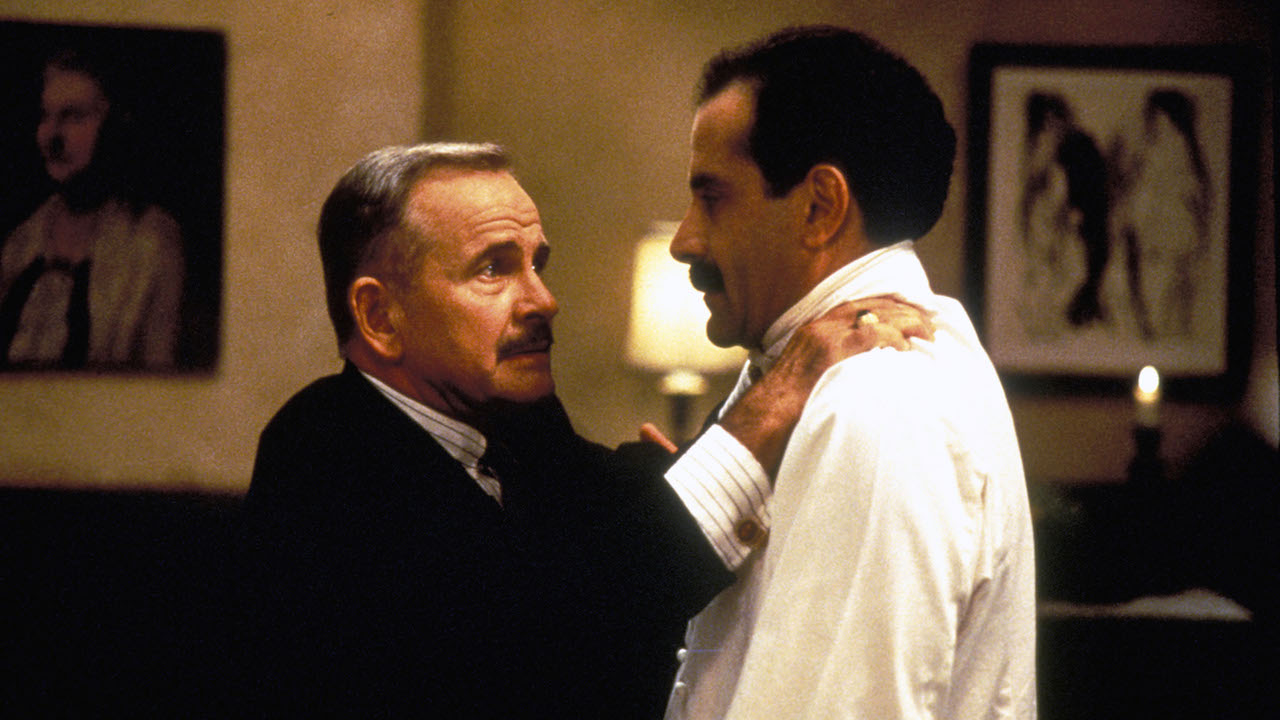 As close to a perfect film as you’ll ever see, the 1950s period piece BIG NIGHT is the story of two Italian immigrant brothers from Calibria, Primo (Tony Shalhoub) and Secondo (Stanley Tucci), who run a small restaurant on the Jersey Shore. The place specializes in Northern Italian cuisine by Primo, a temperamental but brilliant chef who insists on doing everything his way. Unfortunately for the brothers, their restaurant is struggling, even as a rival restaurant in the same town, Pascal’s, named after its owner (Ian Holm), is thriving. Pascal’s has red checkered tablecloths, loud music, and food being set on fire at the tables; the chatterbox host’s hammy presentation conforms to the mainly Anglo suburban clientele’s stereotypical ideas of what it means to be Italian, and shapes their expectation of “authentic” Italian food. (When a couple dining at the brothers’ place asks for a bowl of spaghetti when they’ve already ordered risotto, Primo is offended by the very idea of adding a starch to a starch.) In a last-ditch effort to save their business, the brothers schedule a lavish feast and invite Louis Prima to attend. Everything’s riding on this.

Co-directed by Tucci and Campbell Scott (who has a supporting role as a flashy car dealer in town), and written by Tucci and Joseph Tropiano, BIG NIGHT is a marvel of mood, pacing, and control of tone, shifting elegantly from the brothers’ melancholy over their difficulties to broadly comedic scenes (many of them featuring Holm’s exuberantly profane Pascal), and incorporating tender romantic interludes between the brothers and their significant others (Primo shyly courts a local flower shop owner played by Allison Janney, while Secondo is juggling his girlfriend Phyllis, played by Minnie Driver, and Pascal’s wife, played by Isabella Rossellini). Tucci and Scott’s brilliant ensemble cast doesn’t mark anyone as the “star” because the real lead here is the food, the preparation and consumption of which is depicted with a sensuous attention to detail that verges on erotica. You’ll definitely want to schedule a meal after you see this movie.