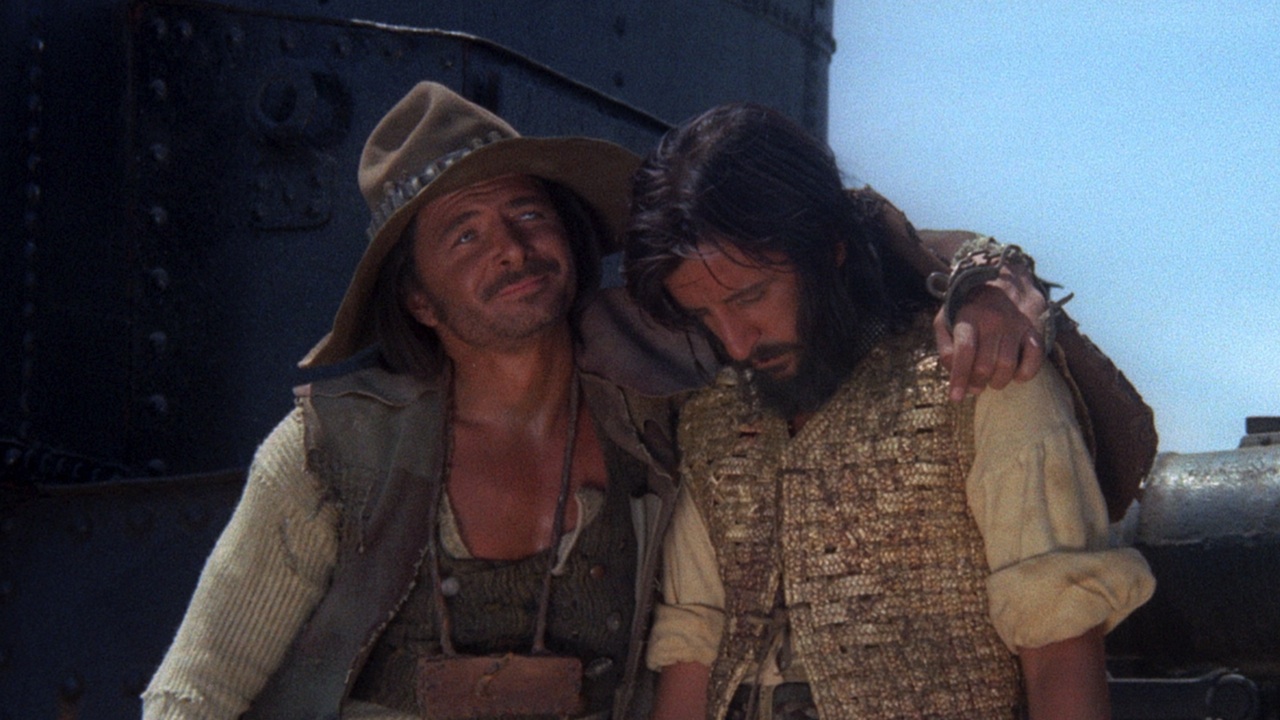 Director Ferdinando Baldi’s Spaghetti take on the immensely popular ‘Zatoichi’ cult films is one of the most stylish and enjoyable Spaghetti Westerns to come out of the early ‘70’s. “I Want my fifty women!” BLINDMAN, a unique Spaghetti Western full of sarcasm, has one of the genre’s most bizarre storylines. A blind gunman (Tony Anthony) escorts a group of fifty women to Texas, where they are to be married to miners. He is cheated and the fifty young women are kidnapped by a gang working for two Mexican banditos and their beautiful but villainous sister. They underestimate Blindman, a man who has to trust his horse and his hearing. Soon, the villains find out that their handicapped opponent is a deadlier challenge than they might have expected. Tony Anthony is unforgettable as the blind gunman, staring into nonentity and demanding his fifty women back. The soundtrack is unforgettable. The locations are great, with a supporting cast that includes Ringo Starr as the younger of the two villainous brothers.