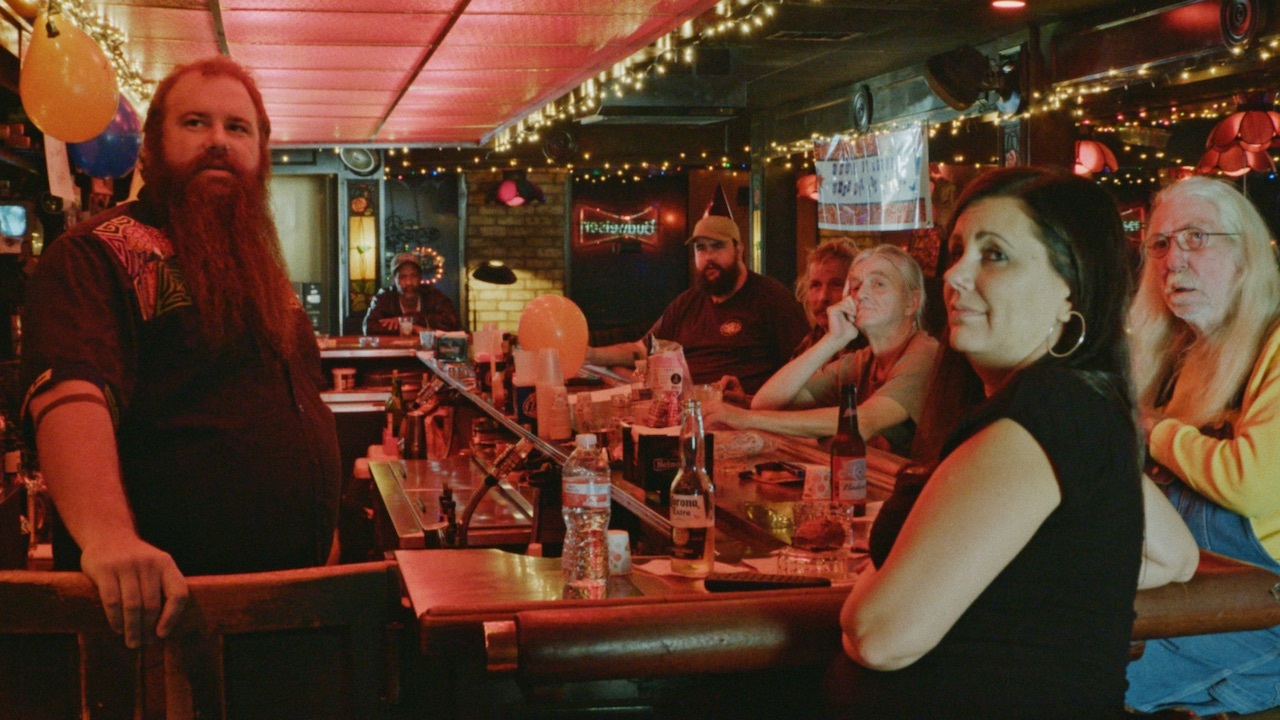 “Bursting with humanity, grounded in humility, and in love with the poetry of faces, BLOODY NOSE, EMPTY POCKETS will irritate or mystify some viewers while inspiring evangelical fervor in others. Set on closing day at The Roaring 20s, a Las Vegas dive bar with basement rec room decor, this gem from co-directors Bill Ross IV and Turner Ross is a reminder that good films can be made cheaply as long as they supply the audience with remarkable moments. This one consists of nothing else.

The cast consists of the filmmakers’ favorite barflies, drawn from dives across the United States, selected for their ability to be themselves on camera. Whether or not the result is, strictly speaking, a “documentary,” it is certainly a movie that prizes documentary values: a record of a spontaneous occurrence. The framing is rough-and-tumble. You can tell it was a struggle to capture some of the wilder moments without interrupting the performers’ flow—and that, faced with the choice of destroying a scene’s momentum and staying put and hoping for the best, the filmmakers stayed put. The result finds beauty in simplicity. It’s a gift to be able to birth a moment into being just by finding the right camera subjects and letting them be themselves. Everyone involved with this production has that gift.”–Matt Zoller Seitz