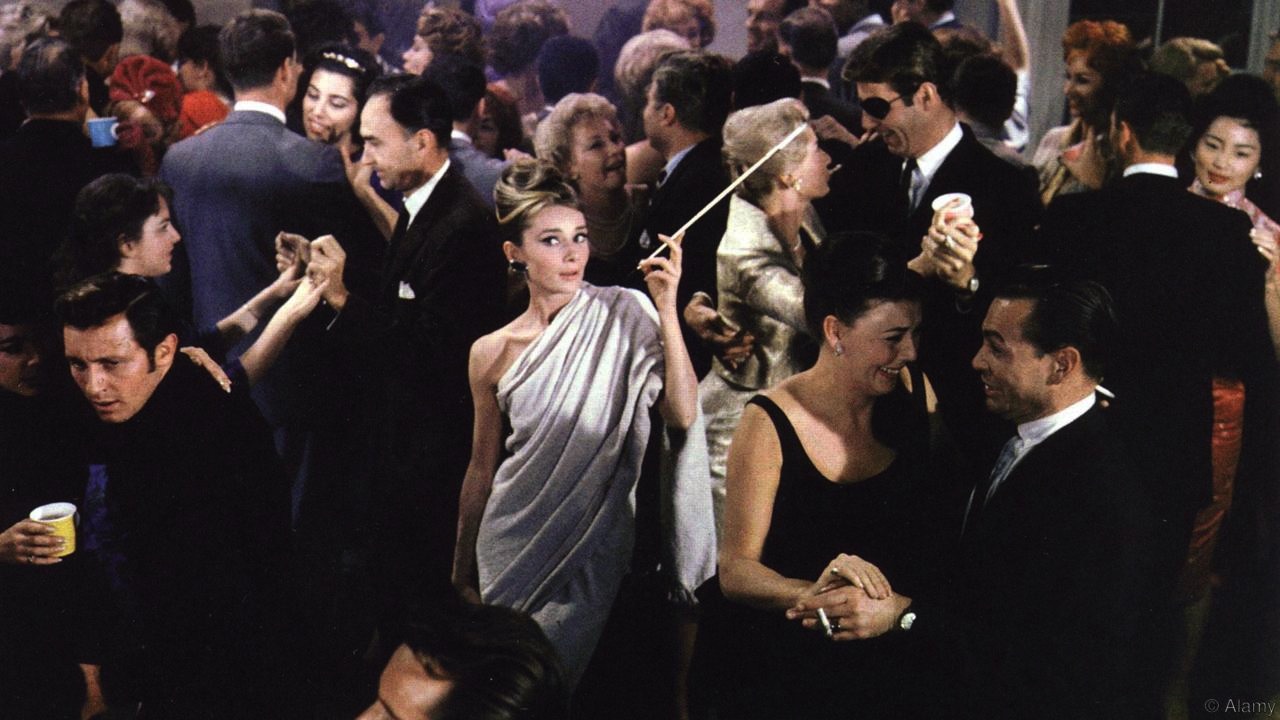 “A viewer is always aware that he is intermittently guffawing and constantly being amazed by a succession of surprises in “Breakfast at Tiffany’s,” which, gleaming like a $50,000 bauble from that haughty institution, landed at the Music Hall yesterday. And, like that storied novella by Truman Capote from which it stems, it is a completely unbelievable but wholly captivating flight into fancy composed of unequal dollops of comedy, romance, poignancy, funny colloquialisms and Manhattan’s swankiest East Side areas captured in the loveliest of colors.

“Above all, it has the overpowering attribute known as Audrey Hepburn, who, despite her normal, startled fawn exterior, now is displaying a fey, comic talent that should enchant Mr. Capote, who created the amoral pixie she portrays, as well as moviegoers meeting her for the first time in the guise of Holly Golightly…A word must be said for the wild party thrown by Miss Hepburn and her visit to Tiffany’s in which John McGiver, as a terrifyingly restrained clerk, solicitously sells a trinket for under $10: Both scenes are gems of invention.” –The New York Times