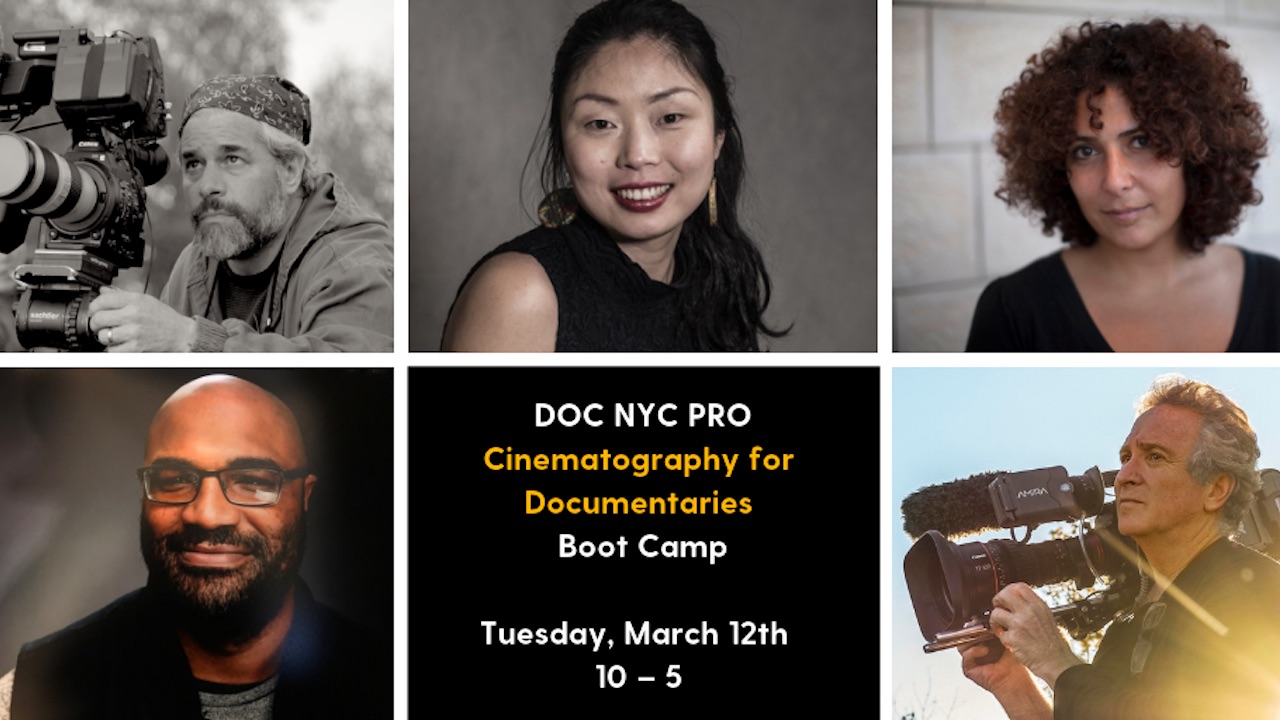 Documentary cinematographers shape the style and tone of a film; they know how to adapt at a moment’s notice, and incorporate current technological offerings into their production. In this day-long new boot camp from IFC Center and DOC NYC PRO, we’ll hear from five documentary cinematographers one-on-one with a moderator, sharing best practices, clips, and examples from films they’ve worked on. Ticket price also includes admission to and a free drink at a post-workshop happy hour networking session!