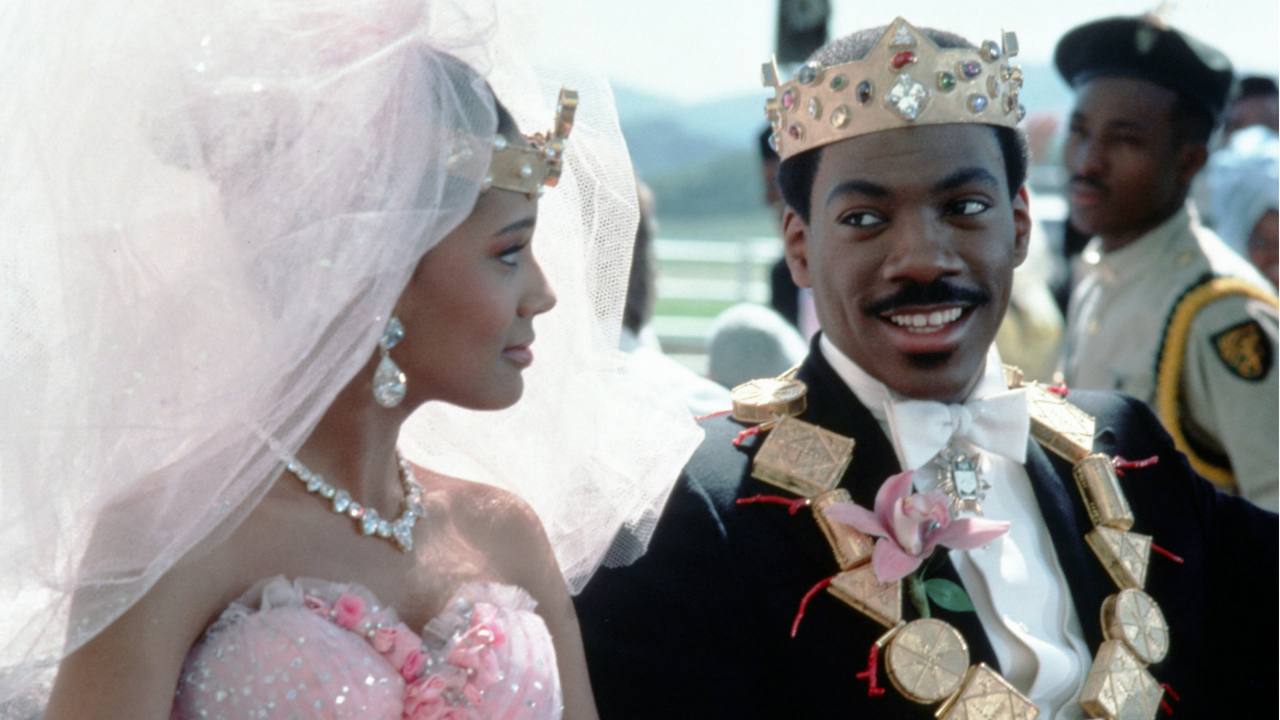 “Murphy plays HRH Akeem, Crown Prince of Zamunda, whose pampered existence extends to molly-coddled privates. But when presented by his father (Jones) with the fait accompli of a decreed marriage, Akeem rebels and sets off for New York with his loyal manservant (Hall), where he decides that Queens is the most likely whereabouts of the woman who will love him for himself. Lodging in a run-down tenement, the pair find work as cleaners in a hamburger joint, where Akeem soon encounters elegant, sophisticated Lisa (Headley). Much of the credit for this slick, at times very funny movie must go to Landis, since Murphy’s previously wasted talent is here harnessed to reveal a considerable finesse; superb comic timing, a satirical edge, and Murphy’s extraordinary gift for mimicry lift it.” – Time Out (London)