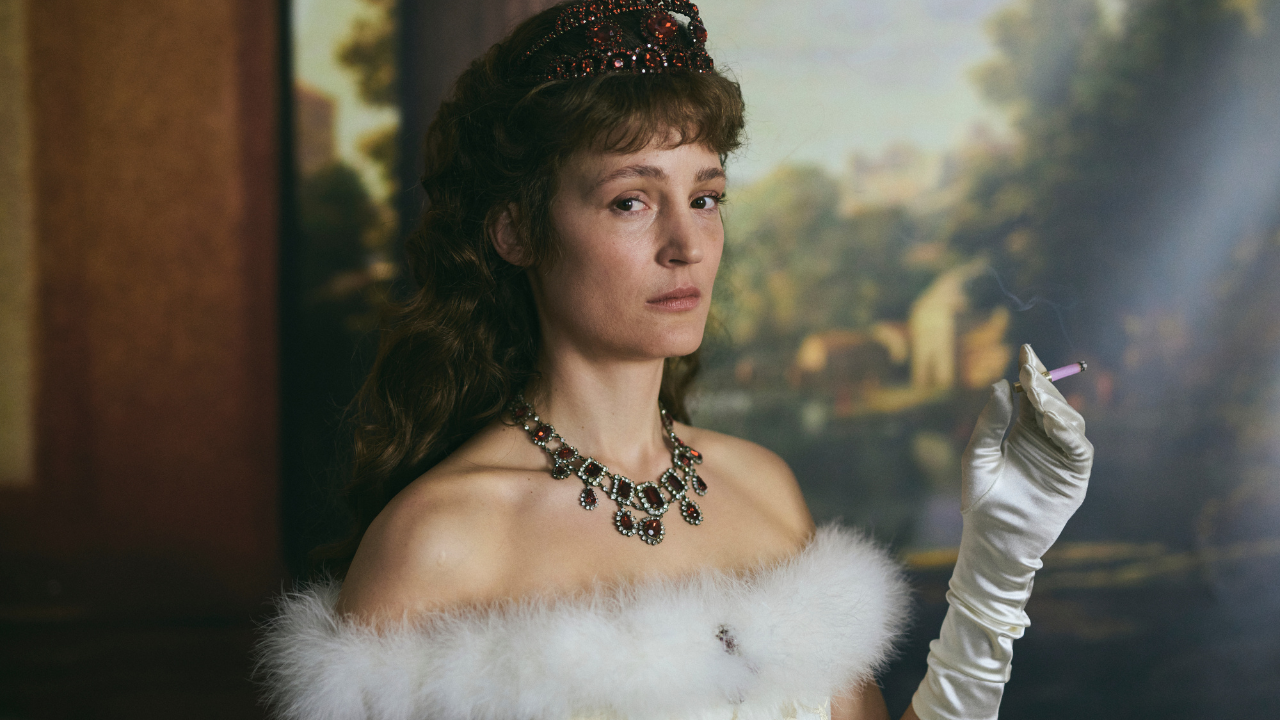 Empress Elisabeth of Austria (Vicky Krieps) is idolized for her beauty and renowned for inspiring fashion trends. But in 1877, ‘Sisi’ celebrates her 40th birthday and must fight to maintain her public image by lacing her corset tighter and tighter. While Elisabeth’s role has been reduced against her wishes to purely performative, her hunger for knowledge and zest for life makes her more and more restless in Vienna. She travels to England and Bavaria, visiting former lovers and old friends, seeking the
excitement and purpose of her youth. With a future of strictly ceremonial duties laid out in front of her, Elisabeth rebels against the hyperbolized image of herself and comes up with a plan to protect her legacy.

“A brilliant portrait of a woman on the brink.” – Little White Lies

“Krieps puts in a terrific performance…bold and brilliant.” – Time Out