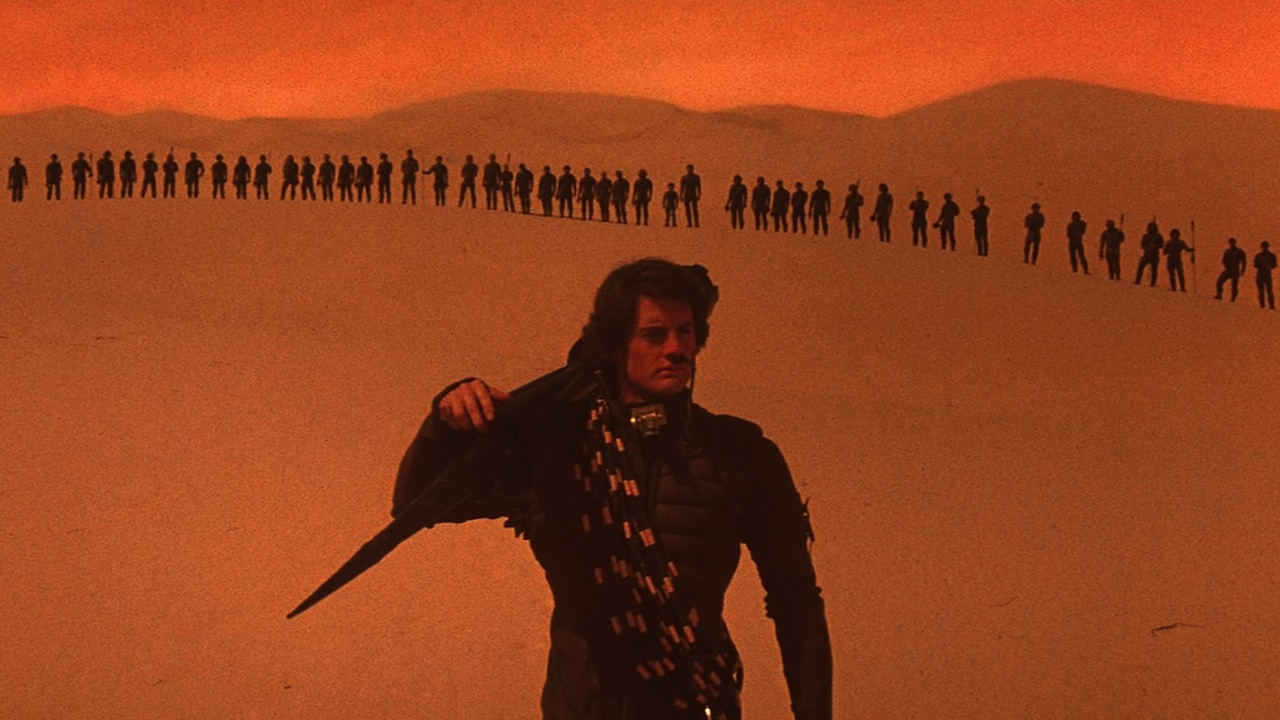 “If [DUNE’s] goal was to create, like the book, a world that felt utterly alien, then Lynch and his surreal style were the right choice. With its bizarre dream sequences, rife with images of unborn fetuses and shimmering energies, and unsettling scenery like the industrial hell of the Harkonnen homeworld, the film’s actually closer to Kubrick (2001: A Space Odyssey) than Lucas. It seeks to put the viewer somewhere unfamiliar while hinting at a greater, hidden story.

Some scenes seem like giant WTFs: the Emperor’s meeting with the guild navigator (basically a giant mutant peanut floating in a mobile fish tank) and Paul Atreides encounter with the jom gabbar, for example. But those sequences also communicate the sense that something immense is occurring just beyond our vision. Science fiction is often about feeling just the right amount of lost.” –The Atlantic

Previously screened as part of of The Films of David Lynch.