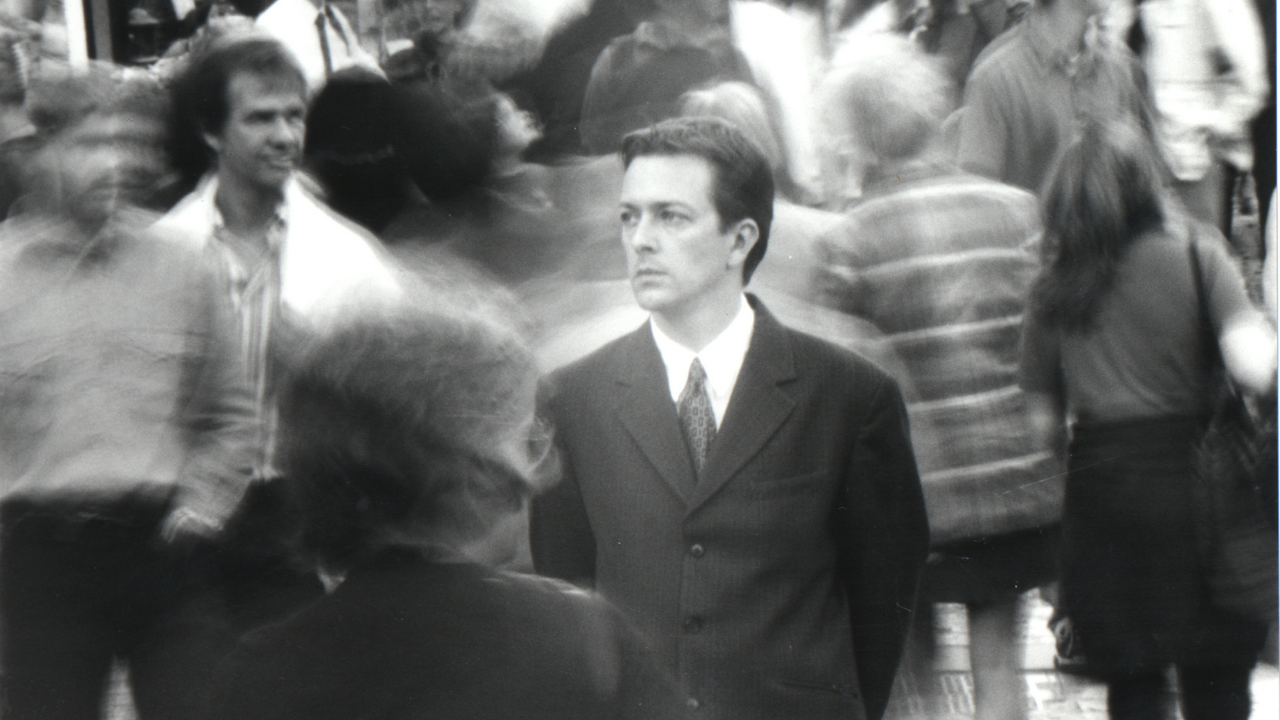 The first film by the Oscar-nominated director of Memento, The Prestige and The Dark Knight, Christopher Nolan, FOLLOWING is a tantalizing indie neo-noir.

Out of boredom and frustration, a writer picks out strangers at random from the crowded streets of London and follows them. He shadows people to see where they go, how they spend their days. Reasoning to himself that he is gathering useful material for the fictional characters in his writing, he starts following the same people more than once, drawn to discovering more about their lives. He is confronted by a professional burglar named Cobb who demands to know why he is following him. Cobb then takes him along on a robbery, showing him the ropes and demonstrating his ability to make deductions about his victims from their possessions. Increasingly involved in Cobb’s nefarious activities and obsessed with a woman whose home they’ve burgled, he becomes enmeshed in a perilous web.