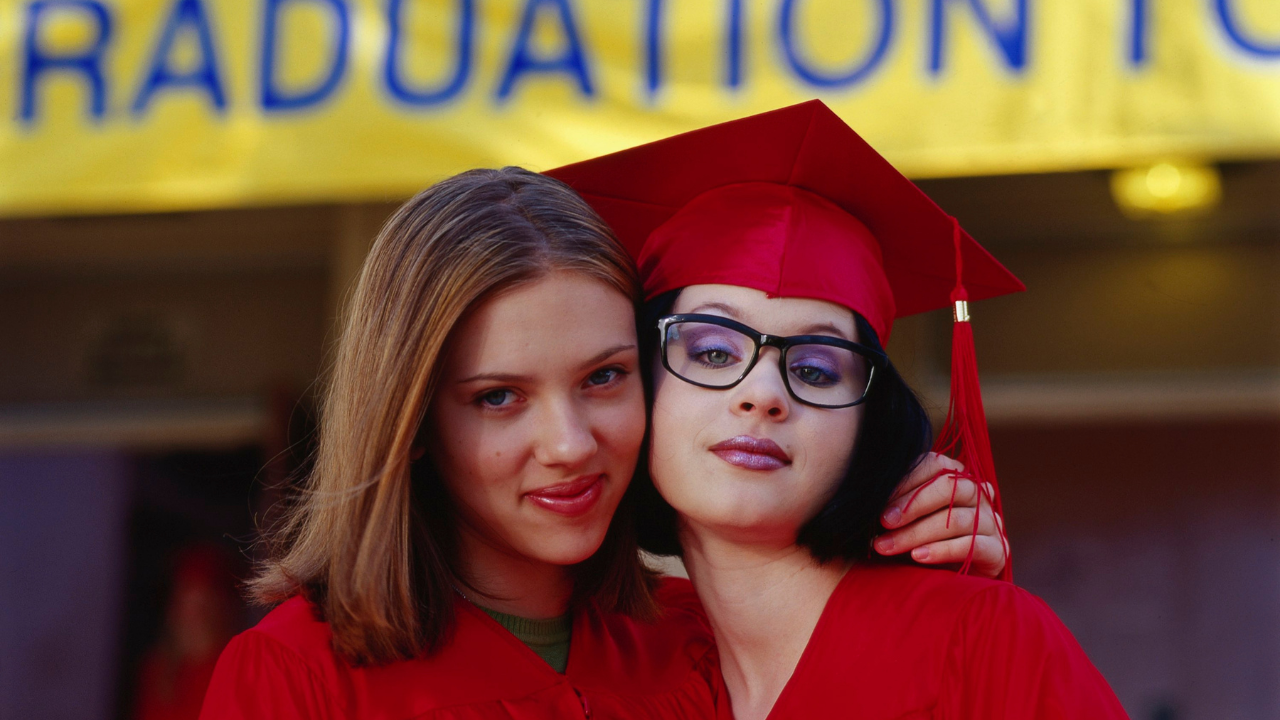 Terry Zwigoff’s caustic, darkly comic look at American alienation through the eyes of two disaffected teens returns to the big screen for a special 21st birthday engagement. Screening in a 2K digital restoration, the landmark indie hits adulthood with its insights as sharp as ever.

For his first fiction film, Zwigoff (Crumb, Bad Santa) adapted Daniel Clowes’ cult hit 90s graphic novel, the story of two teenage outsiders, Enid (Thora Birch, fresh off her breakthrough in American Beauty) and Rebecca (Scarlett Johansson, only 15 when production began) faced with underwhelming post-high school futures. While Rebecca gets a job at the local coffee franchise to start saving for their dream apartment, Enid becomes involved with an alienated malcontent named Seymour (Steve Buscemi) and the once-best friends start to drift apart. The cast is rounded out with Illeana Douglas as a well-meaning art teacher, Bob Balaban as Enid’s father, plus standout cameos by Teri Garr and David Cross.

The film was a surprise hit with critics and audiences alike, with Zwigoff and Clowes’s script nabbing an Oscar nomination for Best Adapted Screenplay, and Buscemi taking Best Supporting Actor honors from the New York Film Critics Circle, the National Society of Film Critics, and the Independent Spirit Awards, among others.

“Zwigoff pulls off something in Ghost World that seems a minor miracle — he creates someone with a complex inner life.” – Manohla Dargis, L.A. Weekly

“Surely the funniest film of its era  — and perhaps the saddest. The film’s influence was seismic, its DNA can be seen in everything from HBO’s Euphoria to The Last Black Man in San Francisco… Ghost World remains utterly fresh, and blisteringly funny.”  – Rick Burin, The Independent

“The best depiction of teenage eccentricity since Rushmore."