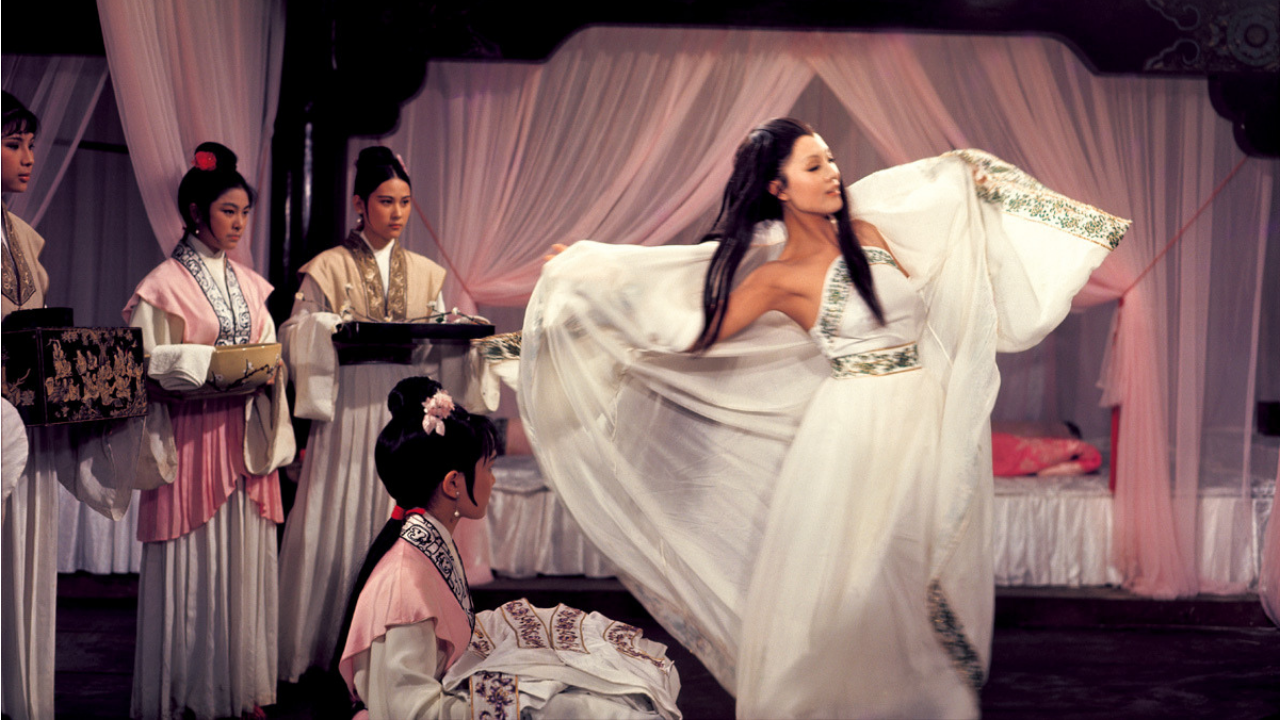 Intimate Confessions of a Chinese Courtesan

** Please note the screenings on Fri 11/2 and Sat 11/3 begin at 12:15am, not 11:59pm! **
“If you boil it down to its bare elements, Intimate Confessions of a Chinese Courtesan is a simple revenge story. At the same time, it’s something of a revisionist version of the simple revenge story, as the film’s plot plays out far different than any previous Shaw Brothers revenge film (and believe me, there were a lot of those!). The film is also gorgeously well-directed by the one and only Chor Yuen, who is able to construct an artful, rousing melodrama from the base elements of a trashy genre film. It’s something to behold.
“Chor Yuen takes many disparate elements — both trashy and thoughtful — and brings them together for a film unlike anything I’ve seen. It’s part wuxia, part rape/revenge, part prostitution melodrama, part exploitation, part mystery, and part cat-and-mouse thriller, and it does all of these simultaneously and perfectly. It’s a rare film that can successfully bring two genres together, but Intimate Confessions of a Chinese Courtesan is an ambitious film that achieves it all, and artfully as well. You may have seen this story in film before, but I doubt you’ve seen it told as succinctly and entertaining as it was in Intimate Confessions of a Chinese Courtesan. Highly recommended to anyone interested in world cinema.” (Silver Emulsion)