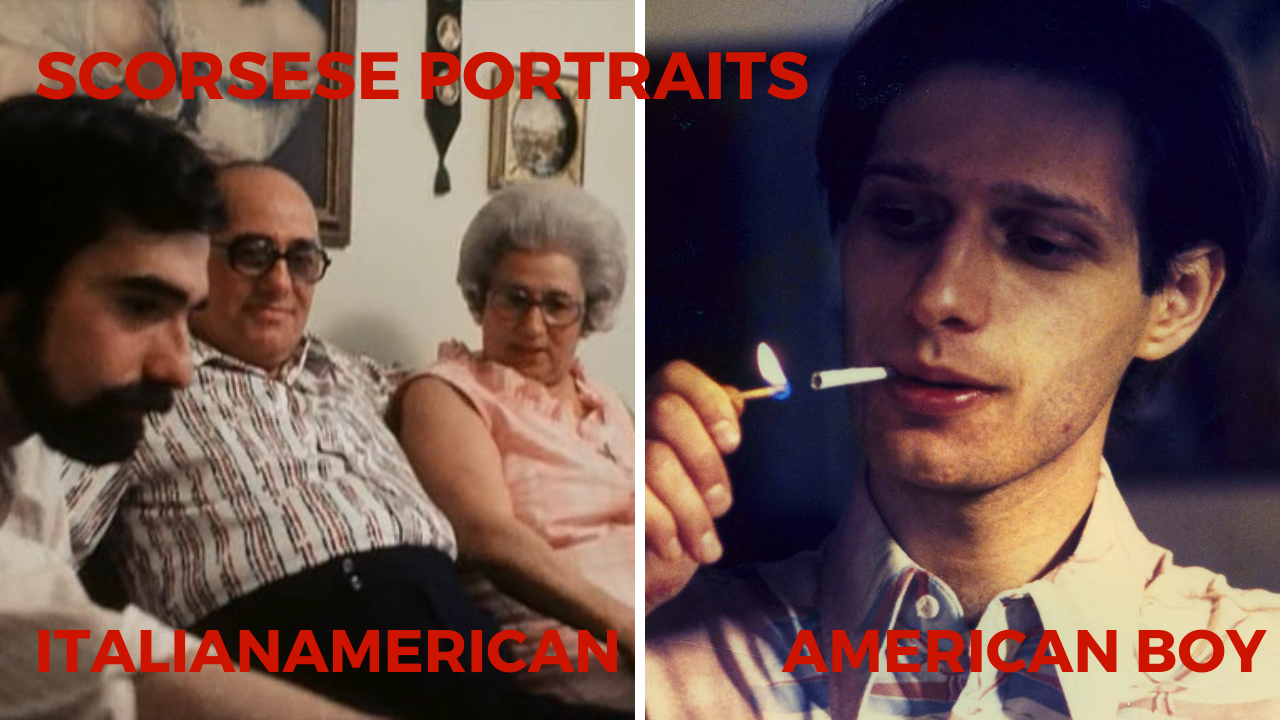 “ITALIANAMERICAN finds the director doing perhaps the bravest thing he has ever done: sitting down with his parents on the plastic slipcovers of their living-room sofa, and simply letting them talk… Made with great affection, and concluding with a printed version of Catherine Scorsese’s spaghetti and meatball recipe, ITALIANAMERICAN showcases something important about the way Mr. Scorsese works. Along with AMERICAN BOY, it reveals that part of what has made him a great director is being a great listener.” – Janet Maslin, New York Times

ITALIANAMERICAN (1974, 49 min)
In one of his most personal works, Martin Scorsese sits down with his parents, Catherine and Charles, in their New York apartment for a free-flowing discussion that touches on family history, the immigrant experience, and the meaning of Italian American identity.

“The best film I ever made; it really freed me in style.” – Martin Scorsese

AMERICAN BOY: A PROFILE OF STEVEN PRINCE (1978, 55 min)
Martin Scorsese spends an evening with larger-than-life raconteur Steven Prince—a former drug addict, road manager for Neil Diamond, and actor who memorably played the gun salesman in Taxi Driver—as he recounts stories from his colorful life (one of which later inspired a key scene in Pulp Fiction).